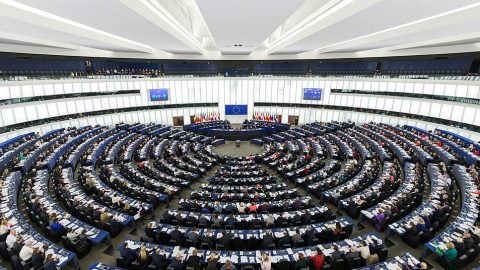 The European Parliament has called for a significantly larger budget for transport infrastructure through the Connecting Europe Facility (CEF) Transport programme, a European financing tool for railway projects such as the TEN-T corridors and the roll-out of the European security system ERTMS. Rather than the 11.3 billion Euros proposed, the EU budget for this strategic sector should amount to 17.7 billion Euros in the 2021-2027 financing period. It made these recommendations in the report on the Multiannual Financial Framework (MFF) 2021-2027.

The transport sector is one of the three envelopes of the CEF Transport budget. Apart from this fund, the parliament also pleads for more resources for the Cohesion Fund (CF) and the Regional Development Fund (ERDF), additional budget for Horizon 2020 (120 thousand Euros) and a new envelope of 300 million Euros for sustainable tourism, as well as the backing granted to the DiscoverEU project.

Libor Lochman, executive director of the Community of European Railway and Infrastructure Companies (CER) said: “We are pleased by the Parliament’s strong stand in favour of sustainable transport – this is a mark of confidence in the benefits of rail. We now look to the Council: we know that negotiations are difficult among Member States, and that it will not be easy to find an interinstitutional agreement. This is why today we ask for transparency in the process: we are convinced that stakeholders should have the right to follow the process, and that they could help find reasonable solutions on all policies”.

The European lobby organisation had earlier pointed out the weaknesses of the budget proposal, stating that it does not provide enough robust EU funding for the deployment of ERTMS for the period 2021-2027. “An acceleration of investments in interoperable technology enabling the Single European Railway Area is crucial in order to remain competitive on the mobility market”, Lochman had said.

Moreover, stakeholders from the transport and related sectors issued the Ljubljana Declaration, asking for an increased EU budget for the CEF under the post-2020 MFF in order to successfully implement the TEN-T network. The required funding amounts to 500 billion Euros between 2021 and 2030, the declaration stated on the occasion of the 2018 TEN-T Days in Ljubljana.

The CEF envelope, Cohesion Fund (CF), Horizon 2020 as well as other projects mentioned are part of the multi-annual financial framework (MFF), the seven-year budget of the EU. In May, the EU Commission presented the budget for the period 2021-2027. Although the CEF fund is the largest source for the transport sector, it is not the only financial instrument. With the addition of other funds, the next financing period promises a positive future for the sector, others have stated.

“There are other financing tools such as the European Fund for Strategic Investments (EFSI). National governments will also contribute. Therefore, investments of sixty to ninety billion Euros can be realised”, Member of Parliament Wim van de Camp said in May.