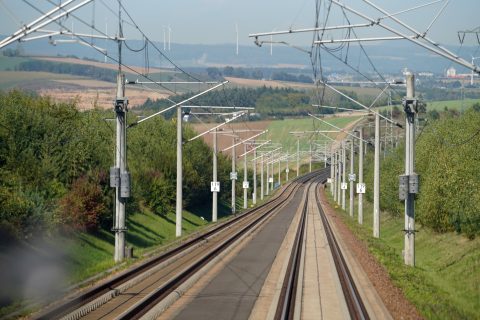 GSM-R has become obsolete and is no longer the future of rail data transmission. The Future Railway Mobile Communication System (FRMCS) will have to replace it, taking into account the latest global data transmission standards.

GSM-R is an important element of data transmission between the ground and the train. It is data that can be transmitted permanently, whereas with beacons in the track this transmission is only ad hoc. GSM-R has been a great success with deployment on more than 150,000 km of track in Europe and 230,000 km worldwide.

GSM-R provides 2G+ connectivity between the ground and the train. This may sound very low, but in reality 2G+ is sufficient for today’s data volumes. GSM-R is perfectly suited to the needs of ERTMS in terms of data and voice communication, even with the future introduction of Automatic Train Operation (ATO).

Replacing GSM-R is a complex issue, due the specific railways requirements in term of Functionality (Railway Emergency Call), Quality of Service, Life Cycle, Cross-Border Interoperability and many others, it is also a significant opportunity to digitise railways.

The International Union of Railways (UIC) had launched the first studies for a successor to GSM-R as early as 2012. For a while, the railways thought about going for industry-specific technology, but in the thinking process of the UIC and the European Railway Agency (ERA), a clear preference for 5G has been shown, a choice supported by many telecom providers and major European railway operators.

However, railway companies will have to keep their own mobile networks separate (like the current GSM-R) and will not be use the public 5G mobile network because new allocated 5G bands for rail do not have enough capacity for critical data communications.

Solutions based on solid standards

When developing standards at such a high global level, it was crucial to take into account the requirements of the railways, as telecommunication affects very broad sectors, such as aviation, shipping and industry, with the risk of forgetting the railways.

The “Developing the Future Radio for Rail Transport” workshop was indeed not a 3GPP activity, which posed a danger to the sector. Therefore, it took a lot of lobbying to get the 3GPP standard specifications to incorporate the specific railway requirements.

Why is so important? Because adhering to 3GPP-defined communication standards allows for synergies in product and solutions based on solid standards. In addition, FRMCS can take advantage of the other features in 3GPP that are being developed for 5G, which is a significant improvement over GSM-R.

To define the legal framework

There are 3 groups of specifications in the UIC requirements:

Eight Work Packages aim to validate the first FRMCS specifications by developing and testing prototypes for both trackside infrastructure and onboard use, in both laboratory and real track conditions.

It is also important to define the legal framework to be established to foster any investments to ensure a successful introduction of the FRMCS. The GSM-R/FRMCS on-board solution must to include these new requirements for future vehicle development and to be included in the upcoming EU TSI 2022 as soon as possible, because tendering processes typically take a long time for definition and budget planning need to rely on a stable legal framework.

Want to know more about ERTMS and FRMCS developments? Join us at RailTech Europe. Click here for more information.