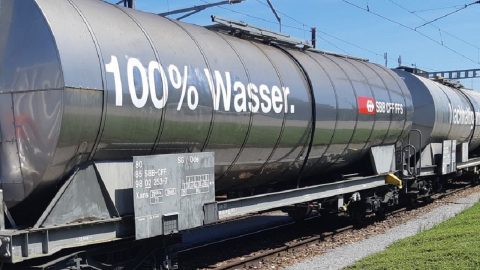 New trend in track maintenance: water instead of herbicide

In order to provide safe railway operations, the infrastructure managers regulate the vegetation along the tracks. Usually, these works are carried out with the help of glyphosate, a moderately toxic herbicide that some research organisations consider as “probably carcinogenic to humans”. Few European railway companies have already announced their plans to replace glyphosate with other, environmentally friendly solutions. Swiss operator SBB moved further and plans to use water to this end in the coming months.

At the end of June SBB has unveiled its first special vehicle having developed for spraying hot water along the tracks to kill weeds. The set consists of several tank cars and special wagons equipped with sensors to detect plants. SBB has already made several test drives of the vehicle. The trials on tracks are scheduled for August. They will provide information about whether the method is technically and operationally proven.

Annually, SBB is a small consumer of glyphosate (the vast majority of it are purchased by the agriculture companies), it uses around 5,500 litres of the substance spraying along more than 7,600 kilometres of tracks. Due to the negative impact of the herbicide on the environment, the railway operator decided in 2018 to launch a programme for seeking the ecological alternatives of glyphosate. By 2025, the railway company is obliged to phase out the herbicide in track maintenance.

Besides hot water, SBB is regarding four other alternatives to glyphosate to be tested in the coming years. The first one is the use of antifouling materials that includes possible structural measures to reduce plant growth. The company have already reviewed 20 options, six of them will be installed and monitored from 2020. The second alternative is the green carpet. SBB considers the use of land cover plants to prevent the growth of harmful weeds in the marginal area. The operator has determined and already sown seed mixtures. This project is being carried out in cooperation with French national railway company SNCF, which is pursuing a similar project in France. 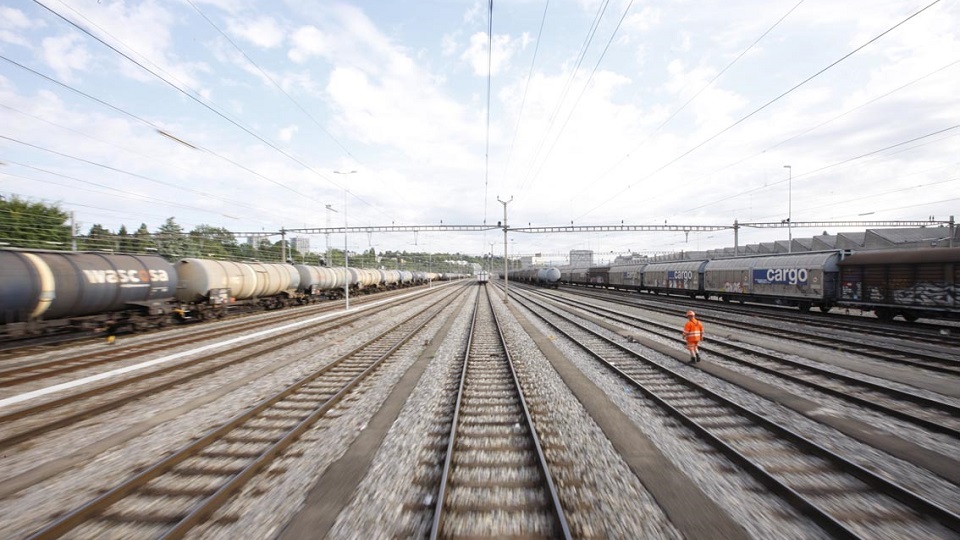 Two other alternative solutions are the use of robots and bioherbicides. SBB plans to introduce robots to control vegetation along the tracks from 2025 at earliest. The company notes that this method requires huge investments and has a lot of technological challenges. Also, SBB is regarding the possibility to use of the alternative, more ecological friendly substances for killing weeds. The special study is undertaking together with other Swiss operators BLS and SOB as well as with the Swiss Federal Office of Transport (FOT).

SBB has become the first European railway operator deciding to phase out the use of glyphosate. But it is not the only company in Europe thinking about this. The similar plans were announced recently by Deutsche Bahn. The German operator launched a study for seeking possible alternatives. It is regarding the use of hot water, electric shocks and even ultraviolet lights to kill the weeds on tracks. The intention to renounce the use of glyphosate was also declared by the Belgian rail infrastructure manager Infrabel. It is regarding the next alternatives: manual maintenance, the placing of geotextile, or asphalting.