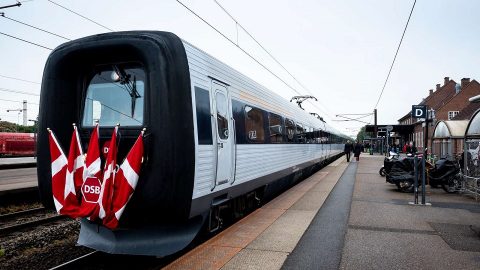 Danish rail infrastructure manager Banedanmark is moving forward to deploy and commission the European Railway Traffic Management System (ERTMS). Two first lines equipped with the solution will put into operation from December 2019 to February 2020. The key benefits of ERTMS deployment for Denmark are the improved energy consumption and on-time performance, believes Jens Holst Møller from Banedanmark.

“The ERTMS-based signalling systems will provide a data interface for the train operating companies which can feed DAS systems. Currently, two DAS systems exist in service in Denmark. The most notable is the DSB Greenspeed system which is installed in all DSB trains. If a DAS system like Greenspeed is connected to an online TMS interface then the driver guidance can be used to improve energy consumption and on-time performance,” Jens Holst Møller, Chief Engineer for the Danish Signalling Programme at Banedanmark, says. According to him, the same TMS interface can be adapted for future support of ATO trains.

He also notes that Denmark, in spite of all the delays, is implementing the project. In October 2018 the migration to ERTMS started on the Frederikshavn – Lindholm (Aalborg) line in the northwestern part of the country. “The current stage of development is that the Western Denmark Early deployment line has been in good stable operation for a year now, a software update is planned this month to optimise the systems based on experience and prepare roll-out phase. The first roll-out line in Western Denmark has been installed and tested, and will be commissioned in January-February 2020,” he specifies.

At the same time, the Eastern Denmark Early deployment line (the Roskilde-Køge-Næstved route) will be entered service in December of this year. Moreover, the S-train (Danish: S-tog) network in the Copenhagen urban area is being equipped with Communications-based train control (CBTC). “Currently around 20 per cent of the network is in service with CBTC and performance is good”, Jens Holst Møller adds.

The existing signalling infrastructure and onboard systems in Denmark are at or beyond the end of the lifespan. The interlocking systems date mainly from the period of 1950-1970 while ATP systems from 1970 (S-train) and 1990 (mainlines). Therefore, the government decided to deploy the new solution. “The principle decision for the resignalling of the Danish railway was taken by the parliament in 2006 on the basis of a comparative business case on 5 renewal alternatives. The decision initiated the “programme phase” during 2007-08 in which Banedanmark developed the concrete project proposals for the radio-based signalling renewals on the mainlines and the Copenhagen S-trains,” Mr Møller explains.

In 2009 the country’s parliament approved the budget for the project. Afterwards, the procurement has been launched. In 2012 Alstom was named as a winner of the tender. Initially, Denmark planned to start to put ERTMS into service in 2016 and cover the entire railway network with ERTMS by 2023. However, the works have been postponed. “Due to a combination of delays in software development of onboard and trackside systems and substantial delays in retrofit of ERTMS onboard systems in the trains, the first ERTMS operation started in 2018. For the S-trains, the retrofit aspects were less and the first operation with CBTC started in 2016,” Jens Holst Møller says.

Jens Holst Møller will give a presentation on the ERTMS programme in Denmark at the Intelligent Rail Summit 2019 to take place on 19-21 November in the headquarters of UIC Paris, France. The programme is available on the event website.