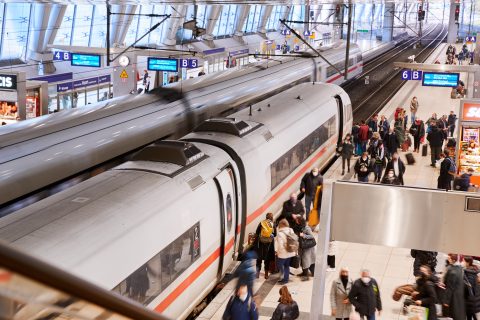 Do we really need a EU-wide solution for train ticketing issues?

Booking international train tickets in many cases remains an uphill battle. But how all-encompassing does a solution have to be? Should there be a continent-wide roadmap or will strategic local steps suffice? This was the topic of a panel discussion at the recent World Passenger Festival in Amsterdam.

“In the Netherlands, there is a single payment system for different concession areas, where you can use the same card for the whole country, for different operators. Technologically, everything is possible”, Jean-Philippe de Rek of technology provider Thales Netherlands argues. “We can develop a travel card that allows you to use the subway in Rome as well as the subsequent train to London, where you could move onto the bus. In the Netherlands we do this using a QR-code or EMV-based smart payment card. Both technologies are available for use outside the national payment systems. I don’t know whether you need a regulating agency on a European level, but in the Netherlands it helped to get to where we are today. The question is, do we want or need a continent-wide transport card?”, De Rek poses.

‘Emphasis should be on frequent travellers’

Jon Worth agrees it is currently difficult to travel cross-border. He spent the past summer travelling across Europe in an attempt to cross as many borders by train as possible. “Crossing several borders proved difficult, but that should not be the first priority. That should be crossing a single border on a regular basis.”

Søren Bom, Senior Advisor Mobility, Climate and Education for the Capital Region of Denmark, nods. “Many Swedes cross the border with Denmark by train. Vice-versa, the opposite is true. Why? Because In Sweden you can book and pay using your phone, while a travel card is in use in Denmark”. Bom argues that ironing out these type of issues will greatly facilitate international train travel. SBB’s Alexander Gellner, too, says the emphasis should be on the regular traveller, not those “attempting to reach Lisbon from Helsinki”.

Gellner also offers an insight as to why a central, perhaps EU-wide approach is still lacking. “Most operators, SBB included, focus on the domestic market where they earn up to 90 percent of their revenue. There ought to be a roadmap to break this cycle and a way forward to a standardised way for booking international train tickets”. As a main solution he names the Open Sales Distribution Model (OSDM), a standard for ticketing systems developed by UIC and ticket vendors. “This will standardise the whole process, no matter in how many countries.”

“The European Union talks the talk about cross-border public transport, but does it actually really do what is necessary to make that work on the ground, or is it mostly a question of local authorities cooperating more?”, asks Worth. The EU issuing rules and regulation for the booking process might not be the best idea, the panelists say overall. “That market is perhaps too large. We need local solutions, as crossing the border between countries A and B might require a different solution than the one between C and D”, Worth summarises.

“We should focus on the low-hanging fruit. In many cases you can’t even book a ticket on a connection where two operators are active. This should be an easy fix, but only if those operators are incentivised to do so. In the end, the passenger experience is the only thing that counts.”

This article was first published by Dutch sister publication OVPro.nl.