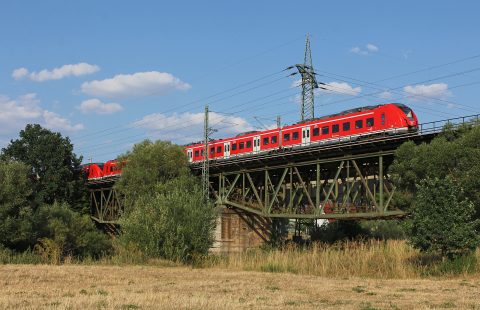 State transport ministers in Germany have agreed that the Deutschland ticket, the successor of the successful 9-euro ticket, should be ready no later than April 1 2023. While positive news for most, it means a setback for others, as some ministers had hoped to introduce the new public transport pass early next year.

Federal Transport minister Volker Wissing has been among those clamouring for a starting date as early as the beginning of 2023. Several ministers at state level had however already described this as unrealistic. On Tuesday they agreed that the 49-euro ticket, as the Deutschland ticket is also called, should be ready by 1 April at the latest.

While there as been progress on the financing of the 3-billion-euro initiative, split evenly between the federal and state governments, both parties are not quite there yet. Should the plan come out as costing more, the federal states want reassurances from Berlin that there will be prompt discussions about financing.

Oliver Wolff, general manager of the Association of German Transport Companies (VDV) on Tuesday told the Frankfurter Allgemeine that he expects that 3 billion euros will not be enough. As a result, he thinks the introduction of the Deutschland ticket will be no sooner than May.

The German Taxpayers Federation (BdSt) recently also weighed into the discussion by saying it is not in favour of using federal funds, and suggested to leave the financing to the states entirely.

As the name suggests, the price for the use of all forms of federal and state-level public transport (except the high-speed long-distance trains) is set at 49 euros per month with the new ticket. A decision has not yet been made about possibly including private companies in the programme. Flix for example, which operates buses and trains, has been advocating for inclusion for several months.

The special pass that was available last Summer from June through August sold for 9 euros. As a result, it sold into the millions.