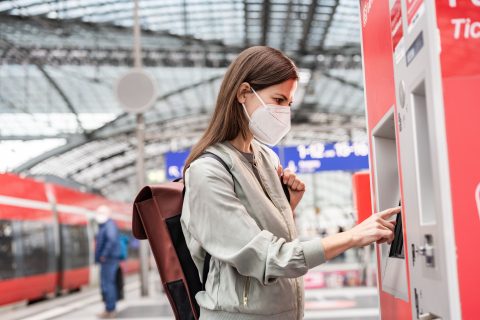 The German federal government and the federal states have reached an agreement on the outstanding financing issues for the so-called Deutschland ticket, the successor of the widely popular 9-euro ticket. The federal government seated in Berlin will up its financial contribution to the states.

Introducing the Deutschland ticket, which due to its price of 49 euros per month is already referred to as the 49-euro ticket, will cost 3 billion euros. Berlin and the federal states have agreed to each pay half. The state governments did so on the condition that the federal government increase its contribution to the so-called regionalisation funds, which states can use to commission public transport services from operators. Berlin agreed to this condition on Wednesday. Now, the various state legislations will have to clear the plan as well.

Clearing the financial hurdle does not mean that all of the Deutschlandticket headaches are now permanently alleviated. For starters, the managing director of local transport association RMV, Knut Ringat, recently argued that the 3 billion euros earmarked for the ticket might not nearly be enough to cover the costs.

Secondly, not all the state prime ministers agree that the increased contribution to the regionalisation funds by Berlin is sufficient. Saxony’s Prime Minister Michael Kretschmer has already gone on the record saying that this funding is not enough.

Finally, risks tied to rising energy costs and inflation still loom over public transport in Germany. The 49-euro ticket will increase in price after one year due to an automatic inflation compensation. There is also a risk of reduced public transport services as a result of rising costs. “Even the best ticket in the world does not help if the bus doesn’t show up”, North Rhine-Westphalia’s Prime Minister Hendrik Wüst noted.

An introduction of the 49-euro ticket in January would be ideal, the Association of German Transport Companies (VDV) said, but also noted that a starting date at the end of the first quarter was looking increasingly likely.