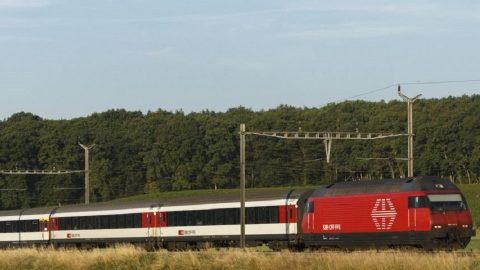 Due to the overload of its own workshops, SBB engages contractors to modernise the passenger coaches. The upgrade of 15 coaches has been recently completed by Josef Meyer Rail, the Swiss company specialised in rolling stock maintenance. Now, SBB has chosen Deutsche Bahn to retrofit 93 its passenger carriages.

Deutsche Bahn (DB) will modernise the carriages of the EW IV type at its maintenance facilities in Wittenberge and Neumünster. The German company will start the retrofitting works of the Swiss coaches in 2020. Within the modernisation, DB will eliminate the corrosion points of the EW IV carriages and refresh the painting of the car bodies. Also, the coaches will receive new carpets, tables and seat cushions. Following the modernisation in Germany, SBB intends to revise the bogies and air-conditioning system of the carriages at its workshop in Olten.

SBB is modernising the coaches of the EW IV type since 2017. According to the company’s plans, 203 of 496 units of this type will be upgraded. The retrofitted cars will be used until the 2030s. This project costs 90 million Swiss Francs (around 83 million Euros). It is worth to note that SBB has decided to invest 1.5 billion Swiss Francs (around 1.4 billion Euros) in the modernisation of its fleet in the period from 2014 to 2024. 97 per cent of these works will be performed at the company’s own workshops.