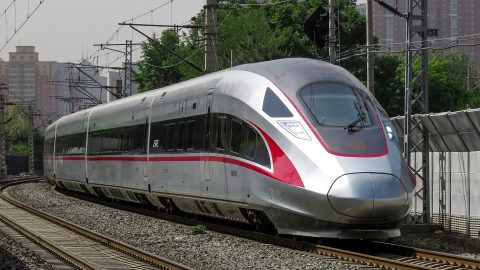 Bombardier Sifang Transportation (BST) was awarded by China Railway with a second contract for supplying 18 high-speed trainsets CR400AF. Thus, the joint venture of Bombardier Transportation and CRRC Sifang almost tripled the number of ordered trains from 10 to 28 units.

The order includes the production of 168 cars that will be configured into fifteen eight-car trainsets and three sixteen-car trainsets. The deal is valued at 399 million Euros. The trains will run on Chinese high-speed lines at an operating speed of 350 kilometres per hour. “This repeat order comes just three months after the previous order, clearly demonstrating the pace of development in the Chinese high-speed rail market as well as the trust that CRC has placed in our products and performance”, President of Bombardier Transportation China Jianwei Zhang said.

BST was incorporated in 1998 as a joint venture of two rolling stock manufacturers with equal shares. The enterprise has already delivered more than 4000 high-speed train cars and railway passenger cars. In September 2018, BST was awarded by China Railway with its first contract for delivery of 120 high-speed cars composed in five eight-car trainsets and five sixteen-car trainsets.

Besides high-speed trains, BST also produces high-grade passenger cars and luxurious double-deckers as well as electric multiple units. The joint venture has a staff of 3,800 employees and manufacturing facilities in Qingdao of more than 700,000 square metres.