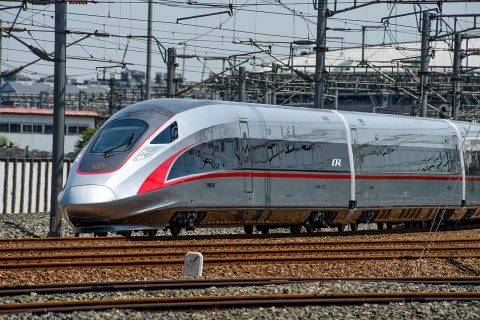 The 120 cars will be configured into five 8-car trainsets and five 16-car trainsets with an operating speed of 350 kilometres an hour. The first delivery takes place in October. By the end of this year, all trains are expected to be delivered.

“In China, high-speed trains have changed people’s life dramatically, it helps to close the distance between villages and cities, bridge the gaps between rural and urban, and speed up the economic growth,” President Jianwei Zhang of Bombardier Transportation China said. “We are confident to work more closely with CRC to further contribute to the Chinese economy.”