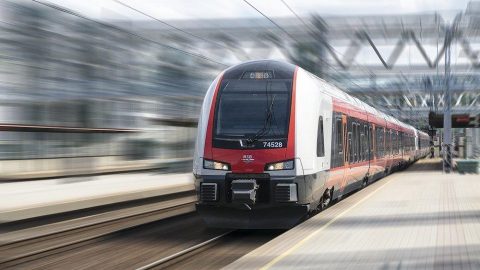 The 105-metre-long electric trains will have five-car composition. The low-floor units were designed especially for Nordic climate, they can speed up to 160 kilometres per hour. After the delivery, the number of Flirt trains in Norway will increase up to 150 units.

The initial deal for supplying Flirt trains was signed by Norwegian State Railways (NSB). In 2016, the Norwegian rail industry went through a new stage of reformation when the country’s government decided to incorporate new state-owned company Materiellselskapet (from March 2017 – Norske tog) for operating rolling stock. On 1 April 2017, the new enterprise took control over NSB rolling stock together with all rights and obligations, including the contract with Stadler.