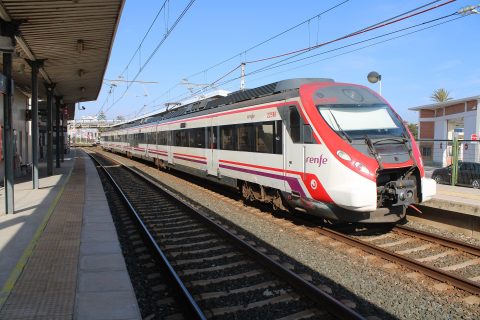 The Spanish Government has approved the extension of the free subscriptions for Cercanías, Rodalies and Media Distancia trains as well as state-owned bus lines. The 50-percent discounts on Avant high-speed services for regular travellers are also extended until 2023. The ministry gave green light to the measure on 27 December, having announced the extension last October.

Spain introduced the free train subscription scheme in September 2022 in response to the increase in energy prices due to the war in Ukraine and the elevated costs of living. Additionally, the government sought to promote the use of public transport, reduce the use of private cars as well as contribute to reducing the countries’ energy dependence and carbon footprint.

Between September 1 and December 31 of last year, 2,437,394 free passes for trips were issued. A majority 71.6 percent of the passes was for the commuter rail systems of Spain’s major metropolitan areas called Cercanías, or Rodalies in the Catalunya region.

For 2023, the Spanish transport ministry will allocate 600 million euros to compensate national railway operator Renfe for the discounts applied and the costs of implementing the measure. This figure increases to 660 million if the costs of free travel on state bus lines is incluced.

Renfe will create specific multi-journey tickets for each Cercanías hub and for each origin-destination of conventional medium-distance services with a validity of four months. The subscriptions are aimed at frequent travellers, and as the four-month pass has to be used at least 16 times during these months, it will encourage taking the train more often.

At the time of purchasing the pass, the passenger must choose two station between which they will travel with the pass. The conditions for acquiring and using the free subscriptions will be similar to those of the subscription passes launched in September. Users must be registered on the Renfe website with their ID card to apply for the season tickets, leave a deposit of 10 euros if they purchase a Cercanías or Rodalies ticket, and 20 euros for conventional Media Distancia services. This will be returned at the end of each four-month period as long as the conditions are met, such as having made at least 16 journeys during the period of validity of the season tickets. The first round deposit refunds for the earlier batch of free passes began on Monday.

Multi-trip tickets for high-speed Avant trains will be available with a half reduced price, for lines that are under a public service obligation and thus funded by the government. As of January 23, 13 additional high-speed medium-distance journeys will be added to the Avant Passes as they have become Public Service Obligations.