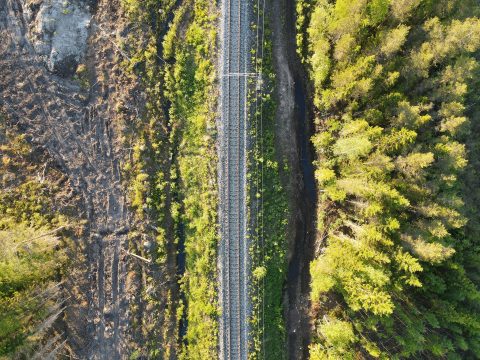 Finland’s Minister of Transport and Communications Timo Harakka has called the recent proposal by the European Commission on the European standard rail gauge “unreasonable”. The views of Finnish officials and experts vary, but specifically the point of making a migration plan for existing railways to convert to European gauge is not received very well.

The European Commission recently proposed that all new rail connections to be built as part of the European transport network (TEN-T) should conform to the European standard rail gauge.“Finland does not accept these changes to the rail gauge, and I believe that our views will be heard during further discussions”, Finland’s Minister of Transport and Communications Timo Harakka responded in a statement. “It is quite clear that Finland’s special conditions must be taken into account and our existing rail gauge must be maintained.”

He says that changing the rail gauge in Finland would not be economically or operationally feasible. The mitigation of existing tracks to the standard European standard rail gauge is not mandatory in the Commission’s proposal. However, it does say that a plan should be developed towards this European standard nominal track gauge for all existing lines. The lines where this is not justified based on a cost-benefit analysis are already an exception to this. The Finnish Transport minister thinks that Finland should be given an official derogation from the requirement to migrate to a European nominal track gauge.

There are also positive reactions to the proposal, however. Päivi Wood, a senior advisor on transport and economic policy at Finland’s Chamber of Commerce, said the proposal is “strategically important”, as the security policy situation requires Finland to be more strongly connected to Europe and the West. Especially in the long term, the commission’s proposal is very relevant for Finland, according to Wood.

“The background of the commission’s proposal is the effects of Russia’s war of aggression on the market, especially on food supply. The importance of a functioning internal market and transport connections is emphasised especially in the current situation”, says Wood.

She underlines the change in Finland’s logistical position after Russia started the war against Ukraine. “Finland’s logistical location as a hub of East and West is turning into an end point on the northern edge of Europe. The closure of Russian airspace, sanctions, the chronic shortage of containers in sea transport and increased energy prices affect the operational and maintenance reliability of Finnish logistics in addition to transport costs.”

Wood also calls attention to the fact that other countries have learned to live with two different track gauges, examples for this are Spain, which in addition to its Iberian gauge has constructed high-speed lines in European gauge. The new Rail Baltica railway under construction will also be European gauge, connecting Estonia, Latvia and Lithuania which have an existing Russian gauge rail network. “European track width would also make it easier for operators to enter the market in Finland”, says Wood.

In addition, Finland’s security political situation also requires a stronger connection to the south and west to also enable military mobility, advocates Wood. “From a financing point of view, the proposal would also bring with it greater opportunities to utilise EU funding in Finland in the short and medium term,” says Wood.

According to Wood, a strategic vision is needed on how Finland would connect more strongly to the rest of Europe. Therefore, it would also be worthwhile to re-examine the significance of the Tallinn tunnel, connecting Finland to Estonia through the Baltic Sea, she says.

The Finnish standard track gauge is 1,524 millimetres, which was also used in the former Soviet Union, which Finland was however never a part of. This is wider than the European standard track gauge with a width of 1,435 mm, which is used in most European countries. Several other countries in Eastern Europe have tracks with the Russian standard gauge of 1,520 mm: the Baltic states Estonia, Latvia, Lithuania, and Poland, Slovakia and Hungary. For the latter countries, these mostly concern lines connecting to Russia or Ukraine, the most tracks being in European standard gauge.

The Commission also proposes that the TEN-T network will be extended to Ukraine and Moldova. Russia and Belarus are also to be removed from TEN-T maps, as the expansion of the TEN-T network to these countries is no longer an objective.

For Finland, the Commission proposes that the core railway network would end in Kouvola (instead of Vainikkala) and the Scandinavian-Mediterranean Corridor be ended on the Kouvola-Kotka-Hamina axle instead of the Russian border, as the “last mile” cross-border connections with Russia and Belarus should be downgraded from the TEN-T core network to the comprehensive network. These transport connections would remain the responsibility of the TEN-T network, and EU funding would be available for them, acknowledges transport minister Harraka. However, “as any proposed changes must not undermine the position of Eastern Finland, we cannot accept this amendment either” he says.

Lines where construction has already started before the regulation would go into force are also not considered ‘new rail connections’. In Finland, the obligation of standard gauge for new lines would apply to the sections of line currently planned by the project companies, especially to the Finland Railway project company and the eastern rail link project company. For the project company planning the one-hour Helsinki-Turku fast rail link, the requirement would probably only apply to the new Espoo-Salo section, according to the statement of Finland’s transport minister.

Finland already tried to ensure the migration requirement would not apply to Finland in the drafting process of the proposal, but without success. The proposal of the European Commission will now be negotiated in the European Parliament and the Council consisting of member states. “Decisions of this importance should not be made hastily; instead, their impacts should be properly scrutinised”, says Minister Harakka.

For Commission, however now to attend, is resiliency and robustness, thus sustainability, of a long life, track bound device.
Claiming green, now any investment, safely, as well has to prove low LCC, thus low risk!
Now, regrettably, neither of this is present, at EU railways.
No longer, current electrification is timely.
Neither is basics, the track – and rail…, now including Most Frequent Causes – of derailments…
Goal of EU, nearness within Market, call for a New Old Railway!

Like Spain, Finland could manage the actual infrastrucure as it is and built new sections intregrated in the European network using the EU standards.