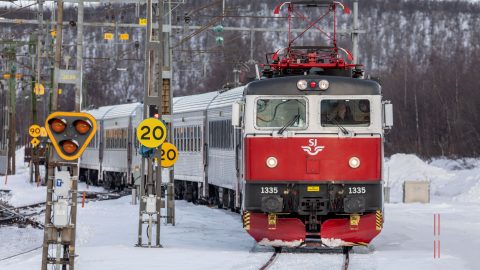 The fact that Swedish operator SJ will run a new night train from Stockholm to Hamburg is not seen as fair by everyone. The train, with government subsidy, will run on days that private operator Snälltåget does not run overnight trains.

When the Swedish government commissioned the Swedish Transport Administration Trafikverket to directly procure two night-train lines Stockholm-Hamburg and Malmö-Brussels last year, Snälltåget already voiced critique. “We believe in the future of night trains and we welcome the government’s interest in them, but believe that direct procurement is the wrong way to go if you are really serious about developing night train traffic”, said Carl Adam Holmberg, Managing Director of Snälltåget.

It was announced recently that Swedish state operator SJ will run the night train to Hamburg. The connection is procured through Sweden and Denmark in a Public Service Obligation (PSO), but this could not be achieved for Germany. PSOs are aimed at routes which are unprofitable in a free market, but where there is a socially desirable advantage to transport being available. Trafikverket concluded that it is difficult to make night train services profitable and the suggested traffic is assessed to need public support, at least in the short term. However, a PSO is not the only way that a government can support and invest in better rail connections, say others.

For example, push for improved non-discriminatory conditions such as lowered track access fees which train operators have to pay to use the tracks, and provide fair access to rolling stock and its financing, says Nick Brooks, Secretary General of AllRail, the Alliance of Passenger Rail New Entrants. This lobby group, representing non-state owned private operators, is against the subsidised night train. “A direct procurement is no real competition and doesn’t foster innovation. We stand for an open market and fair competition. Try to achieve commercially viable night trains first of all before resorting to a Public Service Obligation.”

According to Brooks, this is the only way to avoid that we end up in the pitfalls, with monopolies and other anti-competitive structures that have led to drop of night trains that we experienced in the 90s and 00s. “Unfortunately, the model that Trafikverket has adopted is the same failed model of direct subsidy to incumbents that we saw in previous decades.” In addition, he says, we do not know if there is any guarantee that SJ will not use the subsidy received for other parts of the service or indeed any of their other night trains. “Will there be cross-subsidy of other SJ activities?”

SJ is owned by the Swedish state, and says on its website that ‘it has the task of operating profitable passenger transport by rail’. However, in this case the ‘profitable’ is not so much the case. The Swedish Government however wanted to provide greater opportunities for low-carbon travel using public transport. The market share for train services from Sweden to the European continent is currently only 1 per cent, while the share of air travel is 70 per cent.

The assignment for the night train is based on an agreement between the Government, the Centre Party and the Liberal Party. One of Trafikverket’s reasons for a direct procurement is that would be the fastest way to realise the night train. ‘The easiest way to a quick start of the traffic would be to procure an operator, which provides the rolling stock themselves’, said Trafikverket in a concluding document.

There were no bids for the route from Malmö to Brussels. Trafikverket already said that it may be difficult to achieve reasonable departure and arrival times for this service in Stockholm and Cologne. In addition, the total journey time will be long, 17 hours in the best case scenario before the Fehmarn Belt Fixed Link opens, reducing journey times by approximately two hours. For both routes, the investment was expected to cost approximately 40 million euros for Sweden. 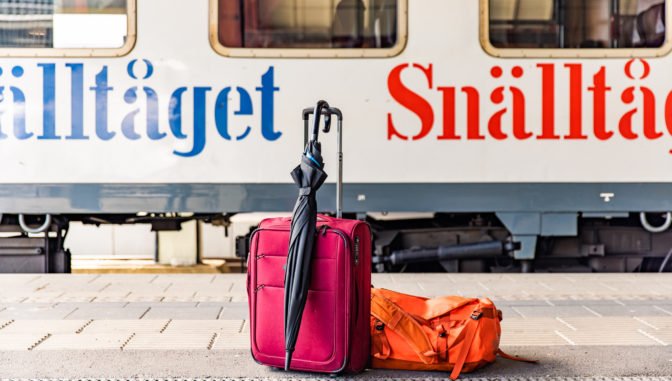 With a procured, tax-subsidised night train service, the risk is imminent that the interest from other train companies to run trains between Sweden and the continent will disappear if an individual operator receives government subsidies, warned Snälltåget. Procurement risks recreating an inefficient monopoly and undermining a market that is being designed. The EU’s goal is to open up the railway market more and more to achieve more competition and bette, more efficient rail. In the long term, a procurement can mean fewer trains on the tracks, which is the exact opposite effect than the one that the government wants to achieve, said Snälltåget.

According to Snälltåget’s Carl Adam Holmberg, the government should focus instead on a faster expansion of the common European signaling system ERTMS and reduced infrastructure costs to run trains on the cross-border lines. “Both passenger traffic and freight traffic by rail would benefit from this, which gives a larger market and thus a more positive climate effect than will be the case with a procured night train between Sweden and the continent”.

Would you like to receive the weekly newsletter of RailTech? Please fill in your email address here: