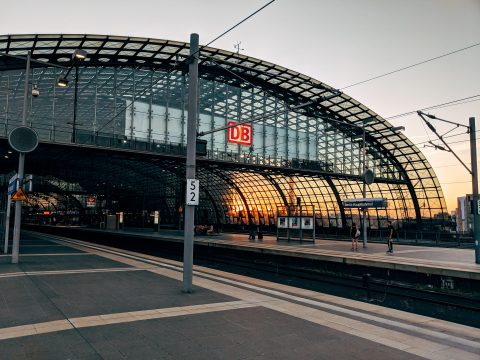 Is it time for a railway reform in Germany?

After a report from the German Monopoly commission, now seven rail and passenger organisations call to separate Deutsche Bahn’s infrastructure management and operations. What are the arguments made by the various parties, and not to forget: Deutsche Bahn itself?

The separation of infrastructure and the largest operator Deutsche Bahn is one of the top demands of the organisations, just like was called for only last week by the German Monopolies Commission, an agency of the federal government. Their main argument is that there is no way to be sure that financial measures will only benefit the infrastructure and not the operations of DB Group. They call for only direct grants for infrastructure works, and a vertical separation to prevent distortions.

In their Position Paper, the seven NGO’s call for a second major rail reform in Germany. As Ludolf Kerkeling of the the Network of European Railways (NEE) puts it: “No one can explain why the new federal motorway company should not make a profit, but the infrastructure subsidiaries of the federally owned DB AG do. “It is issued by AllRail, Mofair, train driver’s union GDL, Pro Bahn, NEE, the Federation of German Consumer Organizations (VZBV) and association of the German construction industry HDB.

“Network and operations belong together at all times”, says a DB spokesperson when asked for a response. According to them, their corporate strategy Strong Rail is a major ‘joint project’. “It is key that management and infrastructure investment decisions are made under one roof, match together and provide the best services for our customers.”

This does reflect recent developments in the United Kingdom, which announced plans last May for a railway reform the other way around: from the separated Network Rail to a new ‘Great British Railways’. They will manage both the infrastructure and operations. Network Rail said in a response that this would help them in simplifying the railway, paving the way to dismantle the legacy of complexity and fragmentation.

One of the main arguments the NGO’s make is that there should be a neutral service provider in infrastructure and fair competition between transport companies. Regarding competition in Germany, DB says in their recent Integrated Report that overall, there is a general risk of a loss of competitiveness, saying a key component in facing the competition is improvements in service quality.

Competition on the rails has in fact increased over the past years. As can be seen in the graph below, there is a slight rise in competitors to DB on the German tracks, but the majority of kilometres is made by DB group operators.

Deutsche Bahn has received 78,000 train-path requests for the schedule for 2021. Train operators that are not a part of DB group have applied more for train paths, with in increase of their share of long-distance rail passenger transport by 11 percent. Regional rail passenger transport saw similar development, with applications from competitor operators rising by 5 percent. Ordering behaviour in rail freight transport remained stable.

About 3,000 registration conflicts arose, resulting from multiple train operators ordering the same time slot on the same infrastructure. According to the company, this is equally much as in the previous year. These conflicts were resolved by mutual agreement through coordination, states DB.

Arriën Kruyt, board member of the European Passengers’ Federation (EPF) highlights that in most EU countries, the responsibility for the infrastructure and the operations are separated. This to enable new railway companies to get a fair chance to compete against the incumbent operators. “Germany was one of the remarkable exceptions”, says Kruyt.

From a passengers and consumers point of view, monopolies are not good in general, according to him. “Competition leads in general to better services and lower prices.” However, the separation of the management of the infrastructure from the management of the operations is not per se beneficial for passengers, he argues. “In the Netherlands, the split between state owned operator NS and railway manager ProRail has caused a lot of problems. The problems were solved when both companies realised that passengers should be the main focus.”

When it comes down to it however, Kruyt thinks it is better for the long term to separate the management of the infrastructure from the management of the railway companies. He points out that politicians have to make a choice between investing in railways or motorways. When separated, that decision is not blurred by the opinion on the performance of the railway companies.

“Deutsche Bahn is playing too many roles in Germany: management of the infrastructure, the running of the national network, regional services and Cargo under the name of DB Schenker. It might be wise to split things up, but it will only work if the infrastructure managers and the railway companies put the passenger in the first place.”