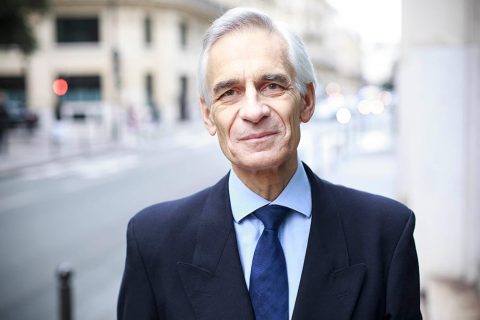 Eurostar boss Jacques Damas is calling for an aviation tax, the proceeds of which will be used to reduce the costs to use rail infrastructure. In this way, the price of train tickets can be reduced and the train becomes a better alternative to the plane.

Even with he rough times due to the coronacrisis, the chances of Eurostar collapsing are a “zero likelihood scenario”, says chief executive Jacques Damas in an interview with the British newspaper The Telegraph. However, just going back to the situation before is not enough, saying that ‘If the UK government is to commit to its CO2 reduction target, it must use the right levers’.

France wants to ban domestic flights on routes that can be covered by a direct train in less than two and a half hours. Dumas says that if countries do not want to ban, they can give an incentive using the taxation system. If countries take 1 euro more in taxing fuel for aircraft, they should take this as a reduction in access charges on the railway, he suggests.

According to Damas, the UK’s decision to abolish mandatory quarantine for fully vaccinated EU and US citizens could play a key role in Eurostar’s recovery. But will this really take effect if France also lifts the 10-day quarantine duty on travellers from Great Britain.

The carrier raised a 291 million euros loan in May, and a large part of this amount has to be paid back in March. According to Damas, his company must not only recover, but also repay its huge debt. This is approaching an amount of 1 billion euros. Eurostar currently runs four times a day compared to 25 before the coronavirus outbreak.

Damas also said he remains hopeful that Eurostar can merge with Franco-Belgian operator Thalys in the first half of next year. According to some, this could lead to a more expensive train ticket, by removing the competing element on the two operators.