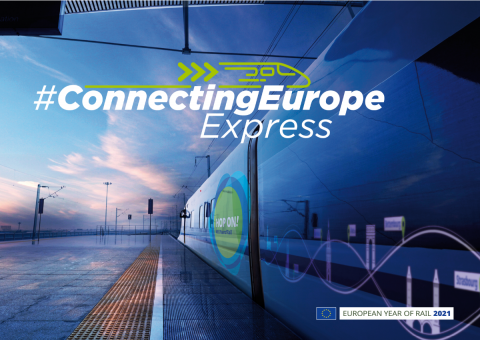 The route for the Connecting Europe Express was announced on Europe Day (9 May), as Europe celebrates peace and unity. The train begins its journey on 2 September in Lisbon and stops in more than 40 cities in 26 countries to highlight rail transport in the European Year of Rail. The train will link the Portuguese, Slovenian and French Presidencies of the Council of the EU, arriving in Paris on 7 October.

The Connecting Europe Express a unique endeavour, the train will travel across the EU and stop in most European capitals to promote the many benefits of rail – for passengers, freight and the environment. It involves the European Commission and the Community of European Railway and Infrastructure Companies (CER), European rail operators, infrastructure managers and numerous other partners at EU and local level.

CER Chair and CEO of Austrian Federal Railways Andreas Matthä: “Travelling through 26 European countries, the Connecting Europe Express is proof of the importance of the European Year of Rail. I thank all CER members for their involvement in this key project with the European Commission. In order to achieve our climate targets, we need to further strengthen the vitality of rail with more international long-distance passenger rail services and we must also consistently shift freight transport to rail.” 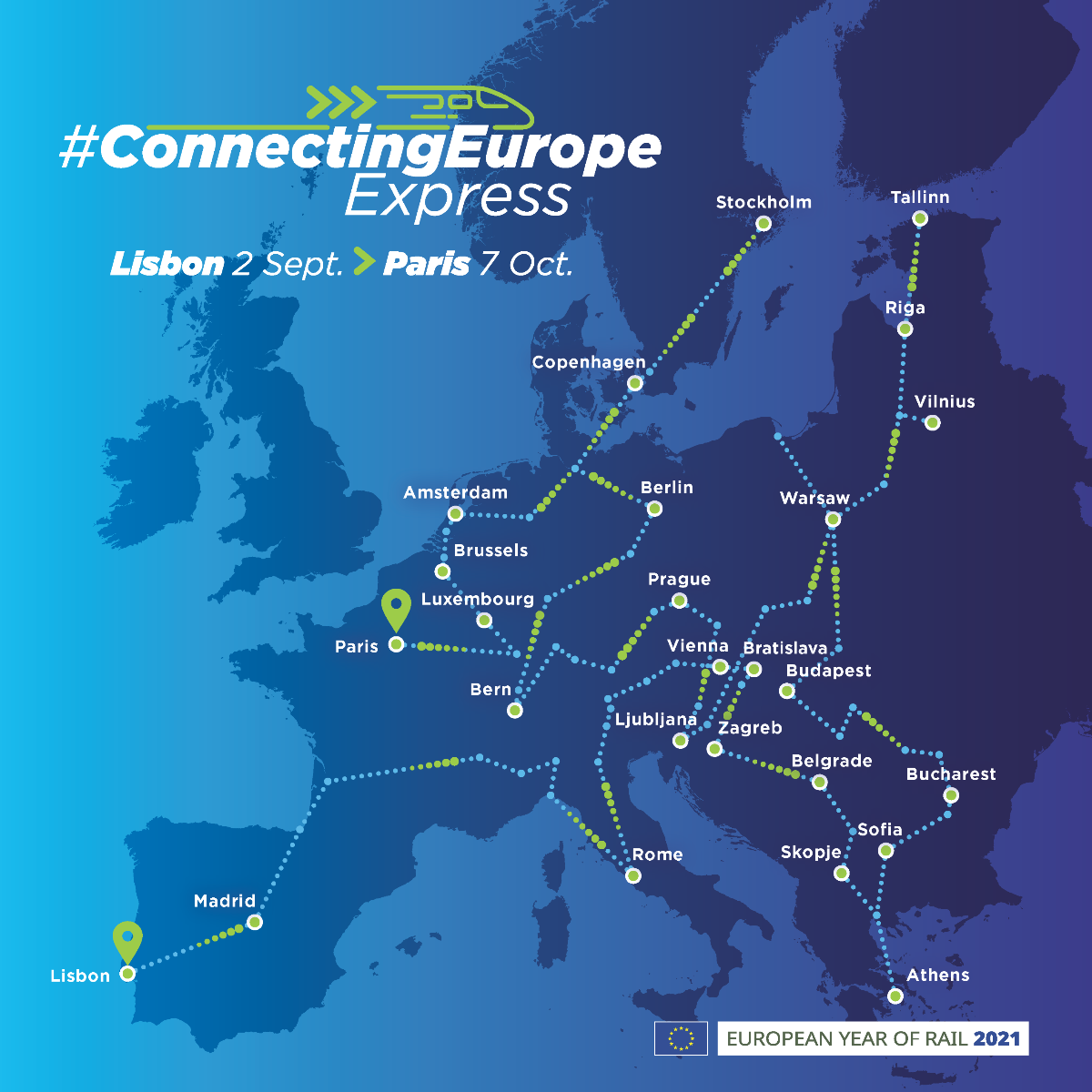 A reminder of the lack of interoperability between some parts of Europe’s rail network, the Connecting Europe Express will comprise, in reality, three different trains that fit the different gauges used in Europe. But it will also demonstrate the good cooperation in place between railway undertakings and infrastructure managers.

The Connecting Europe Express running on the standard gauge will have six coaches. Two will host mobile exhibitions on the many technologies and innovations already improving the rail experience, and on how the EU supports infrastructure projects. A conference, sitting, dining and sleeping coach will complete the train. A separate train will run on the Iberian gauge in Portugal and Spain, and a third one on the Baltic gauge in Estonia, Latvia and Lithuania. Both trains will meet with the standard gauge train along the route.

Conferences along the route

At each of the stops, events and other activities, adapted to local Covid-19 measures, will shine a light on the key role that rail plays for our society, but also on the challenges that rail must still overcome to attract more passengers and freight. The project will also raise awareness of the importance of financing sustainable infrastructure such as rail, and EU support for such investment, including through the recently agreed new Connecting Europe Facility (CEF), worth 33.7 billion euros, as part of the next long-term EU budget 2021-2027.

Five conferences have already been confirmed and will take place along the route ‒ in Lisbon, Bucharest, Brdo, Berlin, and Bettembourg ‒ inviting discussion and debate on the ambitious targets and action plans for rail outlined in the EU’s Sustainable and Smart Mobility Strategy. The conferences will focus on EU infrastructure policy, and highlight the role of the Trans-European Network for Transport (TEN-T) in connecting not only Europe, but also transport.

“Crisscrossing the continent, from Lisbon to Bucharest and from Berlin to Paris, the Connecting Europe Express will follow routes that bind us together – whether as countries, businesses or people”, said Commissioner for Transport Adina Vălean. “While a symbol for connectivity, this train also serves as a reminder that we still have a long way to go and much work to do before rail becomes the transport option of choice for Europeans. Welcome the Connecting Europe Express as it stops at a station near you and join the events taking place around the continent.”