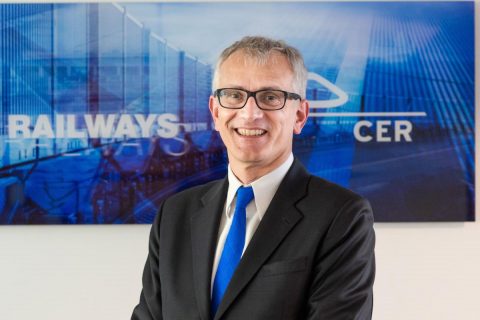 The Community of European Railway and Infrastructure Companies (CER) have addressed a letter to all EU Ministers of Transport to outline the priority needs of rail. The initiative comes ahead of a key gathering of Transport Ministers on 30 March, where they will open up a policy debate that could lead to Council Conclusions on rail.

Next week is an important week for the European railway sector. On 29 March, the European Commission’s DG MOVE jointly with the Portuguese Presidency of the Council will launch the European Year of Rail. This event will also be streamed live during RailTech Europe, one of the largest industry events taking place next week.

The next day, on Tuesday 30 March, the EU Transport Ministers will debate ways of promoting the development of the rail sector in Europe. The resulting recommendations may develop into conclusions on rail, which the Council would then adopt at its meeting of 3 June 2021. Council Conclusions are a way to express a political position. They could set up political commitments or positions, however, they are not legally binding.

What are the priorities?

In the letter ahead of the meeting, CER pointed out the following priorities:

Not another white paper

In an interview with RailFreight Live, the new CEO of CER Alberto Mazzola admitted that he would like to get more concrete. “If we are able to put in practice the legislation, regulation and the special investments that will allow achieving these results year by year, this would be a great result.

“Why do I say this? This is my third white paper. The first white paper about the shift to rail did not succeed: we are still at similar levels as years ago. The second white paper I participated in had the same result. We don’t want to look back in 2030 or 2050, with the conclusion that this was yet another white paper”, he said.

CER and the launch

On 29 March, CER will present these priorities during the launch of the European Year of Rail. “CER thanks DG MOVE and the Portuguese Presidency for organising the Year of Rail launch event on 29 March and we wish the EU Ministers a fruitful first exchange the day after”, said Mazzola.

“CER values the excellent dialogue with the Portuguese Presidency, and we are confident that the enthusiasm shown for railways by Minister Nuno Santos will be shared by his fellow colleagues. The sector needs the Council to take a strong stand in favour of railways and hopes to see an ambitious text adopted in June.”