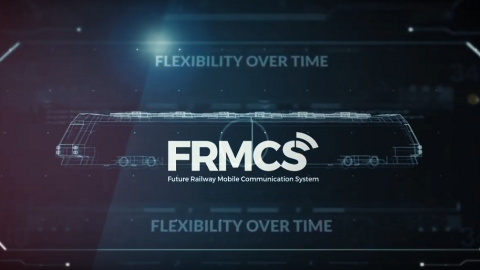 The International Union of Railways (UIC) has released two important specifications related to the Future Railway Mobile Communication System (FRMCS), the successor of GSM-R. They are about the requirements for the on-board equipment and its migration to the FRMCS. UIC plans to make the first edition of the FRMCS ecosystem available for procurement by the first quarter of 2025.

In spite of the coronavirus pandemic, UIC is continuing its work on the development of the new standards. “Even in the current confinement conditions, for which we adapted to a new specific way of working, with more frequent on-line meetings to keep the sustained rhythm of work,” the institution reported. This allowed the UIC’s Telecom On-Board Architecture (TOBA) Working Group to issue two specifications on 16 April. They were released within the UIC FRMCS Programme dedicated to developing the technical conditions for the 5G FRMCS. It has a deadline to finalise the first edition of the FRMCS ecosystem until the first quarter of 2025.

The UIC’s working group sent the new standard to other railway associations such as European Union Agency for Railways (ERA), the Community of European Railway and Infrastructure Companies (CER), European Rail Infrastructure Managers (EIM), ETSI TC-RT, UNITEL, UNISIG, ERTMS User Group, OCORA, Shift2Rail CONNECTA and Shift2Rail X2Rail for reviewing. They will deliver their remarks by 18 May. The TOBA FRS stable version will be released by June, in accordance with the general FRMCS schedule defined by UIC.

The second specification is known as the “FRMCS Telecom On-Board Migration Scenarios” (code TOBA 7540 version 1.0.0). It is based on the previously released document “Description and Evaluation of Possible FRMCS Migration Variants for Existing ETCS and Cab Radio On-Board Units” (code TOBA 7515 version 1.2.0), which is focused on the elements for the ERA CCS Control Group decision regarding the preferred scenario for ETCS migration to FRMCS.

According to UIC, the TOBA 7540 specification aims to propose and analyse the relevant scenarios for migration from GSM-R to FRMCS for ETCS, for Cab Radio (voice applications including the essential Railway Emergency Call) and considering furthermore the case of simultaneous migration of ETCS computer and Cab Radio.