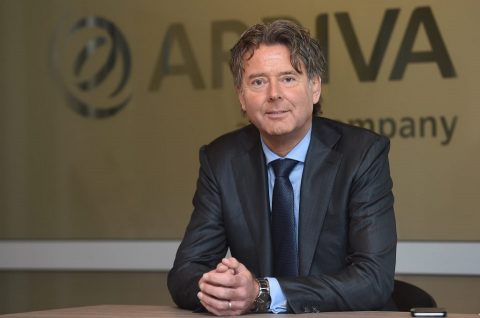 Arriva NL: ‘Liberalisation is not as fashionable as earlier’

CEO of Arriva Netherlands Anne Hettinga had expected more from the government plan for liberalisation of the Dutch railways. He calls ‘extremely disappointing’ that four lines mentioned in the coalition agreement still have to be put on the market and a vision of what should happen in the long term still needs to be developed.

“As of now, there has been done a little for liberalisation of the railways while signature predicted much good,” he said to BNR Nieuwsradio. The chances of market forces on the railways were discussed in the coalition agreement and four lines out of the main railway network were mentioned as those that could be put out to tender.

But in practice a little comes of that, Hettinga has noticed recently. “Market forces are an extremely sensitive subject,” Hettinga says. “Liberalisation is not as fashionable as a few years ago.” To his disappointment, he thinks that the benefits of liberalisation in public transportation have been proven in the last 15 years. “The government should live up to its promises. They have put their plans on paper themselves.”

Recently, in a comprehensive report of the European School of Bergen (ESB), different parties expressed doubts about market forces on the railways. Among others, Bert van Wee from TU Delft said that after many discussions he has changed his mind and nowadays he is no longer in favour of liberalisation. The Netherlands would be too small to divide the railway network on parcels and sell it separately. Apart from him, Hettinga also mentions that conclusion: “Arriva has won 80 per cent of the contracted lines and I have not spoken to him.”

According to the director of Arriva Netherlands, the fear of market forces is unfounded. In particular, it is important that regional lines are removed from the main railway network for further improvement. “There are real lines – more than the four ones mentioned in the coalition agreement – that we can take quietly from the main railway network in favour of the regional bus and rail and other modes of transport, without harming the rest of the network.”

He emphasised that the travellers, in particular, benefit greatly from this. Most passengers do not travel for long distances between the Randstad and the regions, but just use a train for short distances in the regional network. He also refers to the regional lines that were not profitable under the divisions of Nederlandse Spoorwegen (NS), while Arriva has managed to make them successful.

At the end of 2017 NS again noted that it also wanted to compete for regional railways. It is something that Arriva would rather not see to happen because of the NS position on the Dutch railway network. As Arriva says, a chance that the regional operator will then win is much lower. While all parties involved in a bidding process should have equal opportunities.

Even The Netherlands Authority for Consumers and Markets (ACM) advised the government earlier to create the right conditions if NS may participate in regional tenders. NS would have so many incentives to keep those lines under its own management that it would deliberately write below the asking price. The Arriva director cannot confirm whether this is actually the case.

However, he calls the ACM’s report ‘a clear signal’ and believes that the government should draw up clear rules to minimise the chance of this happening. He would prefer to see that NS is not allowed to participate in tenders which the national railway operator should issue for more liberalisation of the railways.