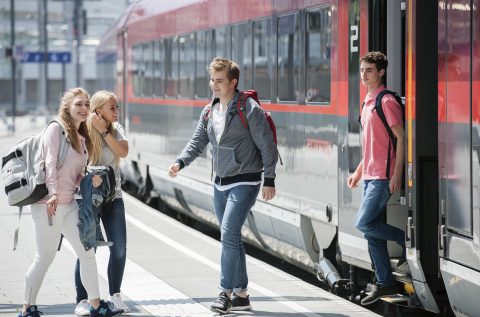 Despite a steady drop in the number of railway accidents and fatalities in Austria over the past decade, ÖBB is embarking on a new safety campaign aimed at school-going children, adolescents and young adults on Thursday. The operators wants this group to ‘take care’ when taking the train.

ÖBB notes that railway travel is one of the safest modes of transportation, and that the number of accidents have decreased by 60 percent over the past ten years. The number of recorded fatalities fell from 15 in 2012 to only five last year.

The Austrian operator does not want complacency to take root and warns that however positive the statistics, there are always real dangers. For example, it wants to drive home the message that a train takes between 700 and 1,000 metres to come to a full stop, far longer than a car would need. It also wants to explain to children, adolescents and young adults that the overhead lines have a voltage 65 times higher than the sockets they are used to at home.

ÖBB will be launching videos and posters about these and other safety-related topics. Company representatives will also be available for lectures at secondary schools.

Several companies have used the occasion of the start of the new school year to launch new campaigns. Last month, infrastructure managers Bane NOR and Prorail, operating in Norway and the Netherlands, sounded the alarm over an increase in the number of incidents and near misses. Banedanmark, too, called attention to safety on and near the tracks recently.

By far the safest, on shore transport device, yes. Still however risks, visavi clients, ware owners, as well is far too high.
(Not even core niche, of railways’ transport buyers, afford luxury of not caring about “eta”.)
Transport devices, now low risk – and high quality – are those: resilent, redundant and robust.
Due to infrastructure standards, no longer optimal, regrettably railways are short of all.
Commission and IM:s seriously have failed. A New Old Railway now is needed.