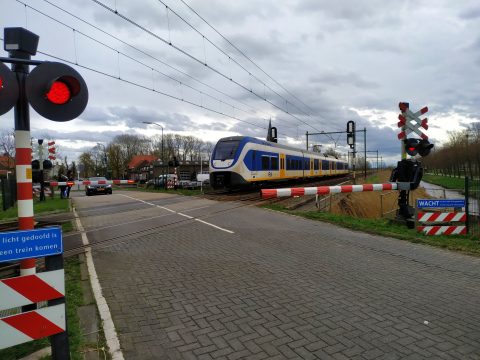 Infrastructure managers Bane NOR and Prorail, operating in Norway and the Netherlands, respectively, have seen the number of near misses at level crossings and other incidents close to the tracks increase this year. In separate announcements, the companies call upon people to be more careful.

In Norway, Bane NOR recorded almost as many near misses in the eight nine months of the year as in the entire year prior. The infrastructure manager noted 485 incidents through the January-August period, compared to 496 near misses in the whole of 2021.

Most of the incidents concern people ignoring the red lights or motorists trying quickly make it across even through the barriers are coming down. In 27 cases, drivers even got caught on the tracks between the barriers.

“Unfortunately, the willingness to take risks seems to be increasing, because this is largely about choices made by individuals. Most near misses happen at level crossings with safety equipment that clearly give warnings when a train is approaching”, bane NOR executive director Sverre Kjenne said in a reaction. “We ask people to respect the rules, to ensure life and health”.

Bane NOR points out that Norway ranks as number two in terms of railway safety after the United Kingdom in ERA’s Report on Railway Safety and Interoperability in the EU 2022.

ProRail in the Netherlands, too, is forecasting an increase in the number of near misses and other incidents. In the first six months of this year, it recorded 153 near misses. If the numbers continue to add up, they will exceed last year’s tally. ProRail says traffic has gotten busier following the lifting of corona measures.

The infrastructure manager is also receiving an increasing number reports of people on or near the tracks. This year, it already received 2,304 notifications compared to 2,401 over the whole of 2021. As there seem to a relatively large percentage of youth involved, ProRail has commenced a new safety campaign targeting young people in particular.