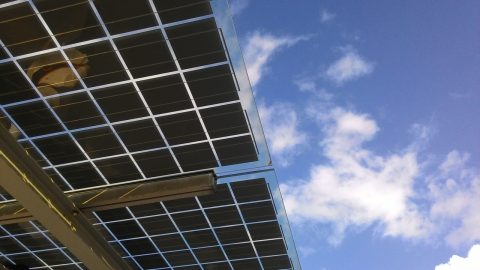 SNCF to install solar panels on 1.1 million m2 of station areas by 2030

SNCF Gares & Connexions plans to deploy 1.1 million m2 of solar panels on railway station property by 2030. They have launched a nationwide consultation for the installation of solar panels on the grounds of the first 156 French stations to identify a first industrial partner.

The solar panels will be deployed mainly on the station car parks. An initial deposit of 190,000 m2 has been identified in the framework of the call for expressions of interest (AMI) with the aim of covering the car parks of 156 stations. It also includes four large passenger halls as an option.

With this first consultation, SNCF Gares & Connexions wants to industrialise the development of 25 to 30 megawatts-peak (MWp) of solar capacity to be put into service by the beginning of 2024. The partner selected at the end of the AMI will be responsible for the design, investment, construction, operation and maintenance of the solar panels. In total, SNCF manages around 3000 stations all over France. Applicants have until 15 April 2022 to apply to the call.

The electricity produced will be sold by the future partner to the public electricity distribution network and thus contribute in the greening of France’s national energy mix. Between now and 2025, SNCF Gares & Connexions is aiming for 47 MWp of solar power capacity to meet its objective of 150 to 200 MWp by 2030. This is the equivalent of 1.1 million m2 of solar panels installed. The goal of the company, since 1 January 2020 a public limited company as a subsidiary of SNCF Réseau, is to reduce its greenhouse gas emissions by half compared to 2019 emissions by that time.