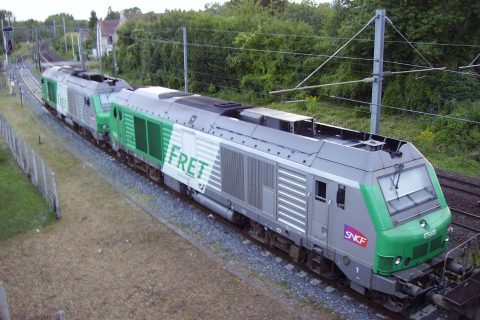 The Rungis-Perpignan freight line connecting the Paris metropolitan area with southeastern France will reopen after two years of deactivation. The route will facilitate the intermodal transport of fresh produce between the two regions and will start operations in mid-October.

French prime minister Jean Castex and transport minister Jean-Baptiste Djebbari jointly announced to the press that the development is part of the government’s aid plan for rail freight. Last week, the French government announced a 170 million euros programme to support the rail freight industry until 2024. Part of this programme is also the halving of track access charges.

Laurent Brun, secretary-general of the French Railway Worker’s Federation, stated to the AFP news agency that the first train will commence on 18 October. The service will be organised by Rail Logistics Europe (RLE), an SNCF subsidiary. The train will comprise twelve wagons, and from November, it will run five times per week between the two destinations.

On the other hand, transport minister Djebbari commented on AFP that the route’s reopening is an absolute necessity for transporting fresh produce. “The health crisis has underlined how important it is to have food supply networks that are fast, efficient and sustainable”, he said.

The Rungis-Perpignan route was active until 2019, when it closed due to the lack of customers and poor equipment conditions. It connects two critical regions concerning the trade of fresh produce. Perpignan Saint-Charles International platform is considered the leading fruit and vegetable marketing, transport and logistics centre in Europe, while Rungis is the biggest fresh produce market in the world.