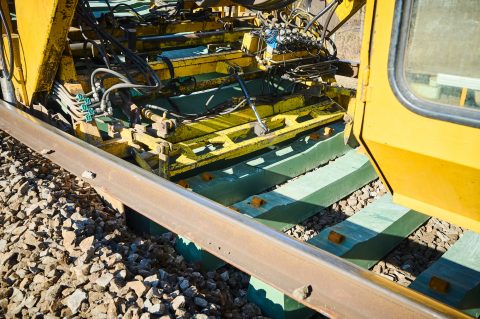 After various tests, Infrabel has installed the first “green” sleepers made of concrete based on sulfur. They are the first infrastructure manager in Europe to start using these sleepers on a large scale. The sleepers are made with sulfur as a binding agent instead of cement, which is less energy intensive and produces less CO2. They are produced by concrete manufacturer De Bonte, and are also fully recyclable.

The first new sleepers, which were laid between Puurs and Antwerp, are greenish in colour. This is purely symbolic, but the sleepers are in fact more sustainable than the standard concrete ones that are mainly used today. To make cement, a temperature of 1,400 degrees Celsius is needed, which is very energy intensive. With sulfur concrete, 140 degrees is sufficient to shape the sleeper.

“This is a first in Belgium and Europe that we can be proud of: a small ecological revolution for our railways”, said Georges Gilkinet, Deputy Prime Minister and Federal Minister for Mobility. “My ambition for the railways is also to support research and to work on concrete sustainable, future-oriented and innovative solutions.”

The production of cement for regular concrete sleepers releases a lot of carbon dioxide. In total, this new production process with sulfur reduces CO2 emissions by 40 percent, according to Infrabel. In concrete terms, this means that it goes from 75 kilograms of CO2 per sleeper to 45 kilograms of CO2 per piece. “Sustainable construction is everyone’s business. It is therefore also a responsibility for the railway infrastructure manager that we are”, said Benoît Gilson, CEO of Infrabel.

Sulfur concrete is also fully recyclable. The “historical” wooden sleepers have to be burned carefully because they have been treated with creosote, a chemical that protects them from the weather. Regular concrete sleepers that are at the end of their lifespan are also not optimally reused. They partly end up as gravel or crushed stone in road construction. But the sulfur concrete sleepers can be melted down into brand new sleepers. A final advantage is that this material makes it possible to recycle sulfur, a waste product of the oil industry.

Pascal Blommaert, CEO of De Bonte, which produces these sleepers: “We are pioneers in the world market with this 100% circular sleeper. With this project alone, we save no less than 6,000 tons of CO2. A big step towards a more sustainable future.” 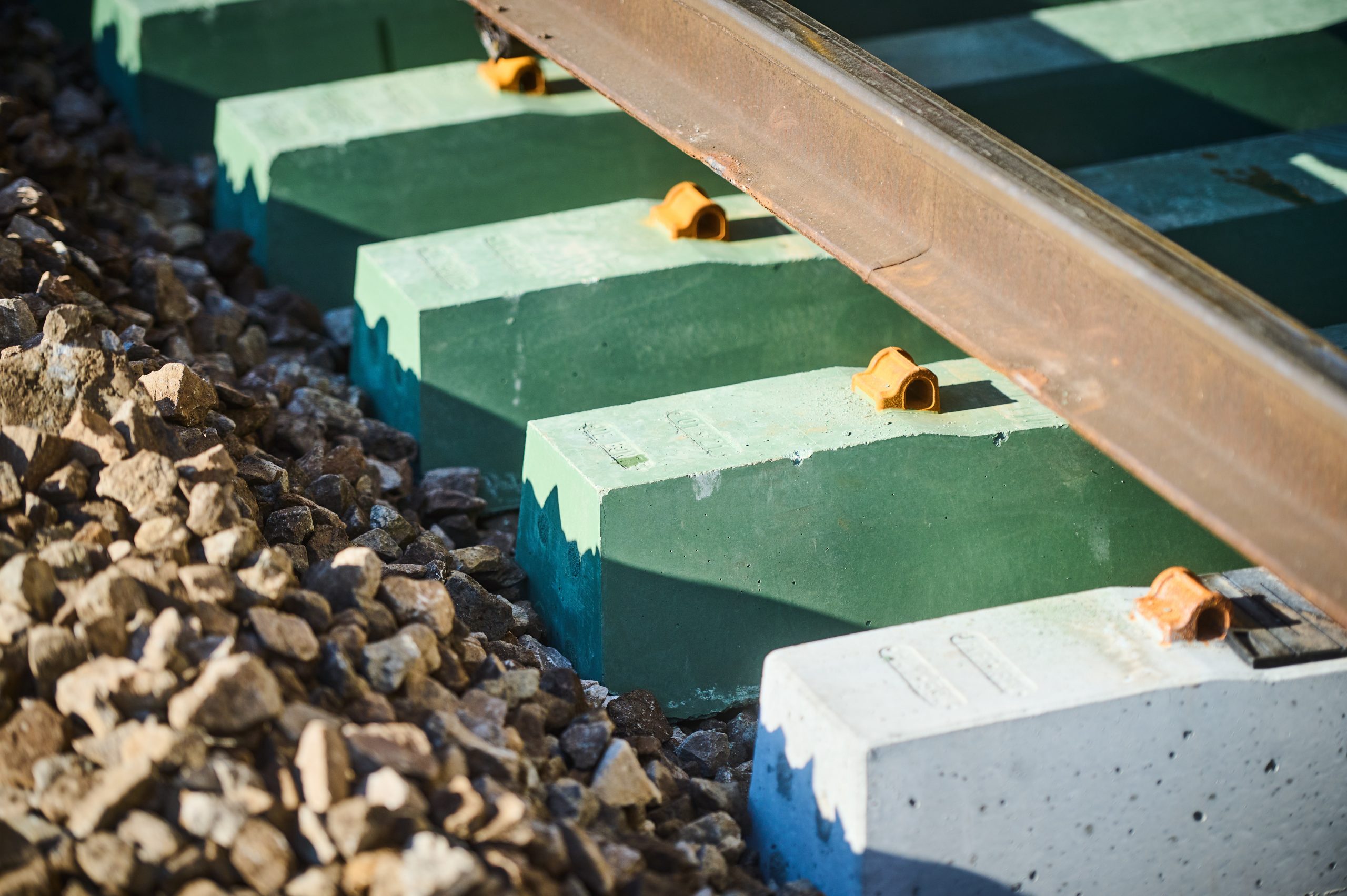 Many European rail infrastructure managers have already shown an interest in this innovative technology. But Infrabel is the first to use it on a large scale. Various tests have shown that sulfur concrete can withstand the high dynamic load of the trains just as well as traditional concrete. It is also less porous than classic concrete. This means that sulfur concrete is less sensitive to infiltration (from water, for example). Therefore it is also more resistant to chemical attack and wear.

Sulfur concrete is however not a suitable option for all sectors. Since the material already melts at 114 degrees, and thus has a relatively low fire resistance, it can never be used in the housing construction sector, for example. In the railway sector, on the other hand, various applications are possible. Next to sleepers, it could also be used for making platform edges.

The sulfur concrete sleepers will be mass-produced by De Bonte from August 2021. This family business has extensive experience in the production of concrete products. Last year, De Bonte won a new public contract from Infrabel. Different in this assignment is the introduction of different environmental criteria in the choice of supplier.

In this case, a limitation of the CO2 emissions (in the manufacturing process or in transport of the material) and better circularity of the product accounted for 40 percent of the award. The costs weighed for 60 percent. These criteria, combined with a very competitive price, gave De Bonte the advantage. The green sleepers will be produced at a rate of 25,000 units per year in the coming 8 years.