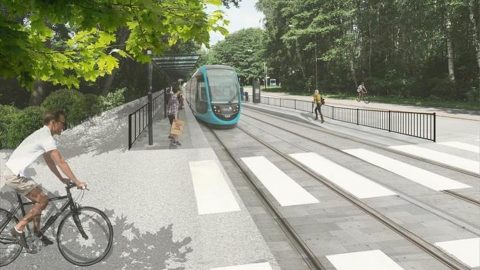 Finnish cities of Helsinki and Espoo have finalised cost estimation of the Jokeri Light Rail project, a tram line that connects the cities. The 22-kilometre route will cost 386 million Euros. Its construction is scheduled to start in June. The project should be completed in five years, by June 2024.

Finnish capital city of Helsinki will spend 268 million Euros for the construction of the tram line. The city of Espoo will allocate 118 million Euros. The project will be implemented by two Finnish contractors – YIT Finland and NRC Group Finland (formerly VR Track). The line was designed by three companies: Sitowise, Ramboll Finland and NRC Group Finland. The route will connect the two largest cities in Finland – Helsinki and Espoo. The latter is located 20 kilometres from the Finnish capital and belongs to the Greater Helsinki. 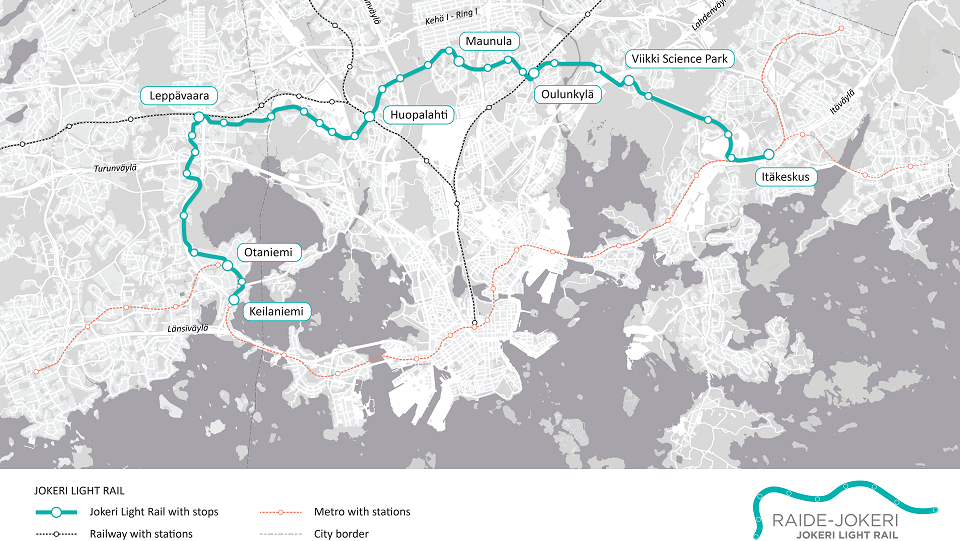 The Jokeri Light Rail line will be 25 kilometres long (16 kilometres in Helsinki, 9 kilometres in Espoo). The route will have 33 stops with termini at Itäkeskus in Helsinki and Keilaniemi in Espoo. The line will be connected with the railway and metro network. The Helsinki-Espoo tram will replace the congested bus line 550, the most popular bus route in the Greater Helsinki. The Jokeri Light Rail line will allow providing a better connection between Itäkeskus and Keilaniemi. Today, 40 thousand passengers use the bus line 550. It is estimated that the trams will carry out around 102 thousand passengers by 2040. The light rail vehicles will ride with a frequency of 5-20 minutes. The entire travel time between the termini will be 60 minutes.

Currently, Helsinki is the only city in Finland that operates the tram network. It includes 11 lines with a total length of more than 90 kilometres. The city of Tampere, the third largest one in the country, is constructing the 20-kilometre tram line. The works were launched in 2017 and will be completed in 2021. The city of Turku in the southwestern part of Finland is also planning its own tram line.