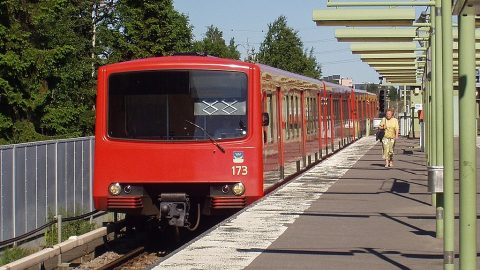 VR Maintenance, a part of Finnish railway state-owned holding VR Group, has obtained a contract to modernise and overhaul 51 trains of Helsinki Metro. The works will start at the end of the year and will be completed by June 2023 when the refurbished trains are scheduled to be entered into service.

The project is valued at around 30 million Euros and includes surface treatment of car bodies, upgrading the passenger information system and modernisation of the passenger compartments. VR Maintenance will retrofit 39 trainsets of the M100 type and 12 trainsets of the M200 type. The refurbishment of the M100 units also includes upgrading of the driver desk. VR Group considers the contract as the strategical.

“This is our first project of such a large scale in the public sector. We have decades of experience in similar overhauls and railroad vehicle alteration projects. The work will be performed in VR-Group’s existing production facilities, which offer excellent conditions for such work,” said CEO of VR Maintenance Kimmo Soini.

The train fleet of Helsinki Metro consists of three types: M100 (42 units), M200 (12 units) and M300 (20 units). The M100 trains are the oldest vehicles running in Helsinki metro. They were produced in 1977-1984 by Finnish companies Valmet and Strömberg (the latter is a part of ABB). In 2004-2009 these trainsets were renovated. The M200 type was manufactured in 2000-2001 by Bombardier Transportation and Alstom. The trains were developed on the basis of the series 481 serving the S-Bahn routes in Berlin.

Netherlands decides about ATO implementation by end of 2025