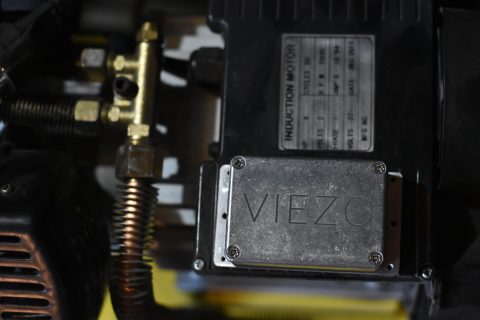 Lithuanian company Viezo has developed a vibration energy harvesting technology by which sensors and other Internet of Things elements can be powered without batteries. The self-sustainable sensors can be used to monitor tracks, switches and rolling stock for predictive maintenance. “Vibration energy harvesting will allow the IoT to spread and be deployed in the railway field much more significantly”, says CEO and co-founder Donat Ponamariov.

Sensors are vital for track monitoring and can be used for future predictive maintenance in the railway field. The vibration energy harvesting technology developed by Viezo can power these sensors to monitor tracks, switches, and to detect rolling stock. Viezo was founded in early 2018 and is currently testing its technology, which is planned to be finished this year.

The core technology of Viezo is the device for generating electricity from vibrations. It uses lead-free piezoelectricity technology, which makes use of crystals to convert mechanical energy into electricity. Since this year, the company is also developing a self-sustainable sensor with embedded energy harvesting. Covid-19 played a role in this shift to other markets, explains CEO Donat Ponamariov. “Originally the plan was to deliver the energy harvesting technology to manufacturers of sensors. Due to the corona crisis, companies shifted their budgets from Research & Development to staying alive, so we started making our own sensor”.

The sensor is fully autonomous and self-powered, no battery changes or replacements are needed. It can be installed on for example rail tracks, switches, or the bottom part of a train. There it performs measurements and sends the data to servers for further analysis and predictive maintenance. For example, it can track anomalies such as wheel flats, rail breaks, rail head condition and dragging equipment. The base of the sensor is currently being developed and tested with several sensors inside, for vibration, temperature, and humidity. It can be adjusted to fit certain applications such as tracks or rolling stock, to suit the needs of railway operators and infrastructure managers.

The technology that Viezo develops will allow IoT to spread and be deployed much more widely than it is now, explains Ponamariov. “It means more data will be available for owners of rolling stock, the operations of trains and the whole railway segment will be safer, and everything will get more connected”. There will be no need to calculate the costs of battery changes with the self-sustained sensors, and with less maintenance more sensors can be deployed to gather more data.

Ponamariov explains that the sensors require less maintenance and have a long lifecycle of minimal 10 years, but the sensor is not self-sustaining forever. “Of course we can’t prevent sensors from breaking down, that happens with battery-powered sensors but can also happen with sensors with energy harvesting.”

The company is testing its technology since January, currently there has to be done one more durability test before it can be launched. The goal is to finish the tests in December, but due to pandemic this might be delayed because testing is more difficult when employees have to work from home.

Several other start-ups in Europe are also working on energy harvesting, but based on somewhat different technology. “So far, we are the first to commercialize this piezoelectric polymer technology, which is more environmentally friendly and less expensive. It can deliver good results, which are getting better every month”, says Ponamariov. Similar technologies are usually less environmentally friendly due to use of heavy metals, more fragile to chaotic vibrations and also more expensive.

For the development of IoT, next to sensors also gateways are needed to collect data, of which the software is a crucial part. Currently Viezo is only working on providing the hardware and is looking for partners who have their own software to interpret the data. However, the company also has plans to develop their own software in the second half of 2021. With this, the full package of both self-sunstaining sensors with embedded energy harvesting and the software needed to make sense of the collected data could be delivered. 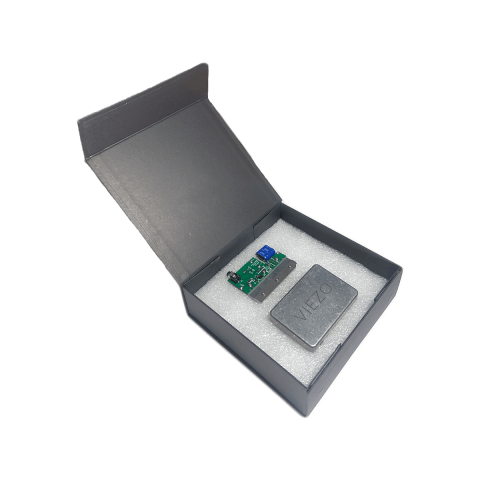