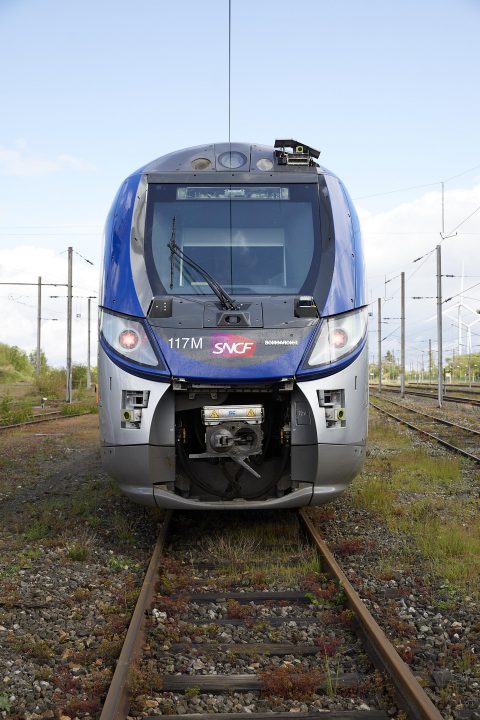 France seems to welcome competition on the rails, yet new services keep getting postponed

Only one competitor to the state-owned railways SNCF currently runs trains on the French network. This is Italy’s Trenitalia, which has been running on the Paris-Lyon-Milan axis since 2020. Although there are quite some plans for new services by new operators, many keep getting postponed. This raises the question of whether current conditions are suited to actually achieve a more broad offer of rail services in France.

For high-speed TGVs, SNCF’s monopoly ended in 2020, when open-access competition was authorised. International high-speed service Thalys has been running on the tracks for years, but now owned by Eurostar, it has always been largely in the hands of the SNCF, along with the Belgian SNCB and currently also two investment companies. As for the short- and medium distance TET services and the regional TER trains in France, the organising authorities (the French State and regions) have had the option of putting contracts up for bid or awarding lines to SNCF since December 2019. From December 2023, however, they will be required to put their contracts up for bid.

“Nearly 30 years after countries such as Germany, the United Kingdom and Sweden, France is one of the last European countries to open up its domestic passenger rail transport services to competition”, the French Transport Authority (ART) said in a study published earlier this year about opening the railways up to competition.  “European experiences show that opening up to competition is a major lever for the development and revitalisation of passenger rail transport, from which all stakeholders, including the incumbent operator, can emerge as winners.”

The ART does not view the opening of the local market as new entrants simply substituting services previously offered by the incumbent rail operator. “On the contrary, it is the vector of a new breath for the railway system as a whole.” SNCF, in their own words on its website, also sees rail market liberalisation as a chance. “It’s a major opportunity for SNCF, because our rail expertise is unmatched anywhere in Europe”. However, new services entering the French railway network are still a rarity.

However, for the competition model to be a success, the right conditions need to be in place. However, barriers such as the high access charges of the French rail infrastructure and the difficulty for (new) operators to get their hands on rolling stock remain.

Low-cost open-access operator FlixTrain had plans to operate trains in France from 2021, but this was postponed due to the high track access charges to run trains on the French tracks. Yvan Lefranc-Morin, FlixBus Director-General in France, told AFP in 2020: “With such high costs, it seems to us that it is simply not feasible for a new entrant to offer users an affordable rail service similar to that which Flixtrain provides in Germany.”

French Transport minister Clément Beaune said on French TV channel France Info this week that France has the “highest subsidy for rail in Europe”, but this seems quite an empty statement, and does not take spending per capita into account.

Lobby organisation ALLRAIL, which represents new entrants in the rail operator market, points out that France also has one of the highest track access charges in Europe. “SNCF’s TGVs are operated in open access. Where does all the money go? In Public Service Contracts directly awarded to SNCF?”, they ask in a LinkedIn post.

“Allocating the subsidy to the infrastructure manager to lower the track access charges and extending the practice of competitive tendering for Public Service Contracts to all Regions (instead of direct awards) is the most optimal way to use the the taxpayer’s funds in order to have lower ticket prices and a better service”, the organisation says.

The difficulty of acquiring rolling stock

New open-access operator Le Train postponed the launch of its first services from mid-2023 until early 2024. The three main reasons, Managing Director Alain Gétraud told Railway Gazette, were the difficulty of accessing second-hand rolling stock or buying new trains, the issue of still needing older signalling equipment with the limited deployment of ETCS in France, and assessing maintenance and stabling facilities. The high-access charges weren’t mentioned in this case.

ALLRAIL also says that the lack of availability of second-hand long-distance rolling-stock is one of the main barriers to new entrants and to competition in Europe. The organisation therefore calls on European policymakers to make it mandatory for state-owned incumbents to sell or lease their underutilised or unutilised rolling-stock on the market on fair, reasonable and non-discriminatory terms.

New entrant Railcoop, which has a unique cooperative membership as a basis, also postponed its first passenger services twice. The launch of Railcoop’s first passenger line Bordeaux – Lyon was scheduled for 11 December 2022, but was postponed as the cooperative said it faces persistent barriers as a new rail company in cooperative form. The first freight services of the company are already running.

According to Railcoop, there is also a difficulty in the fact that the banking players don’t easily support the risk of traffic on a rail service which is not operated at a high level. This shows the need to provide more appropriate support for the opening of the market, says the operator. “In particular by setting up public guarantee mechanisms to facilitate access to loans.” The second reason was that their rolling stock is being renovated, and this was taking longer than depends on the ability of the industry to renovate the available second-hand trains within a reasonable timeframe.

‘Competition new opportunity for the regions’

In a speech, Clément Beaune, Minister Delegate in charge of Transport, talked about the future of rail at the annual Colloquium of AFRA, the French association for rail which brings together alternative operators to the SNCF, earlier this October.

“The number of trains in circulation for the benefit of all the gradual opening up to competition by the end of 2023 of services under contract is a new opportunity for the regions. The Southern region was the first to seize this opportunity, awarding public service contracts in October 2021 after the call for tenders, one to SNCF Voyageurs and the other to Transdev.” The first trains of the private operator should run in 2025.

“As the first private rail operator in Germany and present in four countries, we are well positioned to take a major place in the deregulation of the French market”, Transdev says on its website. “Our everyday transport priority: alternative offers that are more efficient and lucrative on regional lines”.

The movement of opening up the regional lines will only increase, as three other regions, Grand Est, Hauts-de-France and Pays de la Loire, will have also initiated service competition procedures by 2024 – 2025, said Beaune. “For my part, as Minister of Transport I launched a call for applications for the competition for the operation of the TET lines between Nantes and Lyon and between Nantes and Bordeaux several weeks ago”, he addressed AFRA and its members on their annual meeting.

He also thanked the French rail association and the role they played in advocating competition. “I salute the essential role that AFRA and its members were playing to best prepare for this opening. The positions you have expressed have largely fuelled our reflection on that of the State to define this balanced competitive framework, and have helped us to draft the new regulatory texts published since 2018 in the most balanced way possible”.