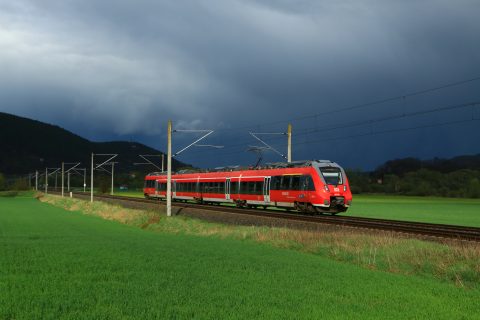 The 3 billion euros allocated by the German federal government and the federal states for the introduction of the so-called Deutschlandticket, the successor of the immensely popular 9-euro ticket, might not nearly be enough to cover the costs.

The managing director of local transport association RMV, Knut Ringat, argues in German daily Frankfurter Allgemeine Zeitung that the current budget does not take into account the costs of introducing the Deutschlandticket, which has already been dubbed the 49-euro ticket after its new price.

According to Ringat, an additional 1.5 billion euros would have to be added to the so-called regionalisation fund, the pot that the federal government uses to help the federal states finance local transport. A 1.6-billion surcharge would be required due to the spike in energy prices. For example, the RMV currently faces an energy bill that is 50 million euros higher than last year. Over the past 50 years, the association has seen a 72-percent increase in diesel prices and a 200-percent increase in electricity prices.

Will it have the same success?

All in all, the 49-euro ticket would represent a costs of 6.1 billion euros, a local newspaper editor argued. The German federal government has put 1.5 billion euros on the table, and the transport ministers of the federal states said they were ready to spend money, but the exact financing still has to be figured out.

The total amount of money would be well spent if the ticket sells in the tens of millions like the 9-euro ticket. That, however, remains to be seen. According to a survey by the Institute for New Social Answers (INSA) for the Germany tabloid BILD, around 46 percent of those questioned said they would not buy the new 49-euro ticket. Another 26 percent of those surveyed said they had not made their minds up yet, leading BILD to conclude that a flop is in the making.

According to BILD, there is uncertainty surrounding the financing of the new initiative as well as not knowing where and when the 49-euro ticket will be available. Ringat said in his interview that the public transport sector is doing everything in its power to achieve a January 1 starting date.

Adding long-distance bus services to the programme would help, some have argued. And international bus operator FlixBus has already started campaigning towards this goal.