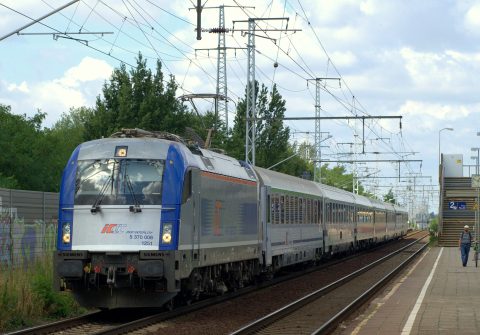 Since the Russian invasion of Ukraine, various European railway companies have issued at least 1,4 million free tickets to Ukrainian refugees, the Community of European Railway and Infrastructure Companies (CER) has calculated.

Polish State Railways PKP has shouldered most of the effort to get people out Ukraine, having launched more than 1,000 trains to carry well over half a million Ukrainians to safety. Hungarian railways MÁV, Slovak operator ZSSK and Romania’s CFR Călători have transported more than 400,000 refugees between.

The number free tickets issued by Deutsche Bahn stands at around 250,000, while Austria’s ÖBB has issued another 88,000 tickets. SNCF, Renfe, Danish rail operator DSB, Slovenian Railways SŽ and Eurostar, too, have chipped in with free tickets.

Meanwhile, relief goods are travelling in the opposite direction, with various European railway companies having carried at least 10,000 tons to date, including DB, Renfe, SNCF, ÖBB’s Rail Cargo Group and FS Group.

Here, too, Poland plays a key role in getting goods into Ukraine. Both PKP Cargo and PKP LHS work in tandem with Ukrainian Railways to that end. By now around 2,000 cargo wagons will have entered Ukraine, in addition to several thousand tonnes worth of relief goods carried on passenger trains.