Renfe is weighing its options for compensation from rolling stock manufacturer Talgo now that delays in the delivery of new AVE high-speed trains are putting a strain on the summer timetable.

Talgo is manufacturing 30 new train sets for Renfe, which invested close to 1,29 billion euros in the units. The first delivery was planned for January 2021, but has been pushed back indefinitely. Renfe this week announced it would be studying its contract to see what its options are for financial compensation.

According to Renfe, it is now constrained in its options for additional trains on such routes as Madrid – Santiago de Compostela and A Coruña – Vigo. “Our fleet has not expanded, but the number of our connections has”, the operator says.

Last year, Renfe inaugurated the Madrid-Orihuela and the Madrid-Ourense lines. Later in July, the company aims to begin offering a new high-speed service between Madrid and the Extremadura region. Renfe notes that it will have to reshuffle its exiting fleet in order to keep up with demand.

Like many industries the world over, the railway sector is coping with shortages in raw materials, components and staff due to disruptions in the global supply chains following the COVID-19 pandemic and the war in Ukraine. 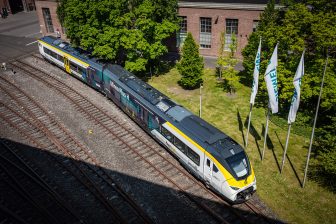