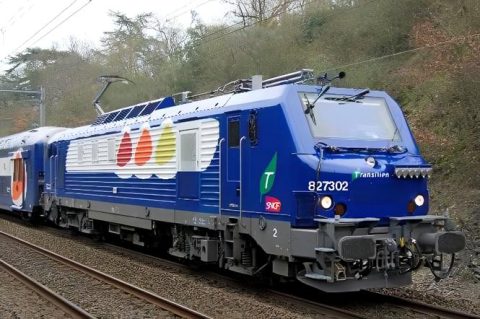 In an unprecedented sale in France, 12 locomotives of SNCF Transilien will be auctioned from June 27 through June 30 2022. They are being replaced by new trains and go under the hammer even though they still have a long service life, which is not the usual practice of SNCF.

The bids will start at at least 1.2 million for each of the BB 27300 locomotives, depending on their characteristics. The locomotives built by Alstom were put into service between 2006 and 2010, and still have a lifespan of 20 to 30 years, according to SNCF.

They are sold by Transilien SNCF, the mobility operator in Île-de-France, the region surrounding the capital Paris. This is a first for the operator, because usually rolling stock is only replaced when it has reached the end of its life, and are never sold before that time. The change in business-as-usual is the result of a massive rolling stock renewal plan of Île-de-France Mobilités, which was initiated in 2016 by President of the Regional Council Valérie Pécresse to improve passenger comfort and train reliability in the Paris region.

New Régio2N trains have been replacing the BB 27300 locomotives and VB2N carriages on the line since DEcember 2020. The costs of the replacement counted up to 1.06 billion, financed by Île-de-France Mobilité. Since the beginning of the year, Transilien SNCF has received 3 to 4 new trains per month. For the year 2022, almost 40 new Regio2N trains will be deployed on the N line. At the end of the year, the N line will have 73 trains, and the deployment of the entire line is scheduled for the end of 2022.

As part of the rolling stock modernisation, Île-de-France Mobilités will also sell 11 AGC trains to several French regions. These trains run on the lines Gretz-Provins and Trilport-La-Ferté-Milond routes on the P line (to and from Gare de L’Est), the only two in the Ile-de-France region that are not electrified and require the use of AGCBi-mode trains (high-capacity cars with electric and diesel power).

With the electrification of the Gretz-Provins route, the AGCbi-mode trains delivered between 2008 and 2010 will be replaced by new electric trains, and the redundant trains sold to other regions.

The availability of rolling stock is one of the topics of the conference day International Long-distance Train Connections on 23 June at RailTech Europe. For more information and tickets, visit the website.