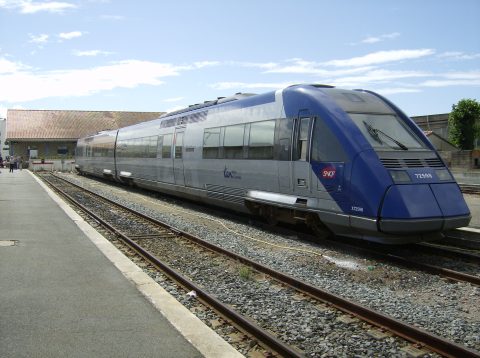 French private rail cooperative Railcoop is looking to upgrade its SNCF Class X 72500 train sets, the company announced on Wednesday. To that end, it has signed an agreement with maintenance specialists ACC M.

The train sets to be overhauled are intended for the Bordeaux-Lyon service. ACC M will be inspecting both the two-car and the three-car units, in order to see what needs to be done and to decide how the work can be carried out most efficiently ahead of the full mid-life maintenance job.

The Alstom-built X 72500 multiple units were in production between 1997 and 2002. More than 100 of the diesel-powered train sets have been built. The ones acquired by Railcoop were previously used by the Auvergne-Rhône-Alpes region for TER services.

Railcoop aims to wrap up the upgrades around the same time as the finalisation of the current financing round that should enable the kick off of operations on the Bordeaux-Lyon line. The start of services has been delayed several times due to a lack of funds.

According to Railcoop, ACC M intends to take a shareholding and become a technical and financial partner in the project. This will pave the way for “longer-term projects”, Railcoop says, including a full reengineering of the train sets.