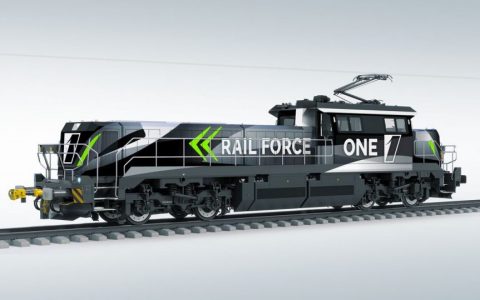 The first zero-emission, fully electric shunting locomotives for the port of Rotterdam are in the production line. By 2024, the Dutch harbour wants to replace diesel shunting locomotives and make its rail operations fully carbon neutral. The project is a joint initiative of the Rail Innovators Group and the Chinese equipment manufacturer CRRC.

The two parties started discussions and reached their first agreement on the project back in 2018. The deal is now complete, and the production of eco-friendly locomotives can begin. “By using CRRC zero-emission technology and powering it with green electricity, we invest in becoming the frontrunner in environment-friendly railway operations with zero-emission, end-to-end,” mentioned Julian Remie, CEO of Rail Innovators Group.

The new locomotives will operate with high-capacity batteries and intelligent braking energy regeneration systems. This advanced technology will allow the locomotives to run in non-electrified routes and perform first and last-mile shunting operations. In practice, they will perform under diverse conditions and railway lines, replacing diesel locomotives completely.

Moreover, apart from reducing carbon emissions, the new locomotives will also produce less noise. Rail Force One, the railway undertaking of Rail Innovators Group, will use the first batch of zero-emission locomotives in the Port of Rotterdam in 2024.

“We aim to push innovation forward and therefore support this project with the implementation and operational analyses for a proof of concept for the wider industry. Furthermore, the Port of Rotterdam strives towards a carbon-neutral port by 2050 and views the zero-emission locomotive as an important contributor to further decarbonisation of the logistic chain, ” commented Emile Hoogsteden Commercial Director at Port of Rotterdam Authority.

The Chinese manufacturer CRRC, in full named the China Railway Construction Co, has been gaining foothold in Europe with several acquisitions and agreements in the rolling stock business. Germany-based Vossloh Group sold its locomotive business to subsidiary CRRC Zhuzhou Locomotive, end of May 2020. A month later, CRRC Tangshan won the procurement process for supplying eight five-carriage metro trainsets to the Ukrainian city of Kharkiv.

These recent developments have sparked criticism in Europe. The Association of the European Rail Industry (UNIFE) warned the European authorities that such deals would open the EU rail market for the Chinese giant. As a result, it could be a significant challenge for the European rolling stock manufacturers as the Chinese company has strong state support.