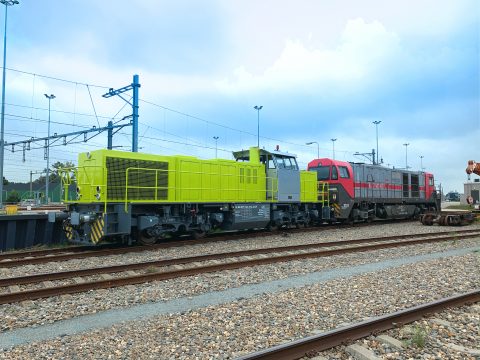 Alpha Trains has 77 locomotives upgraded with ETCS on-board equipment for Baseline 3 Release 2 (B3R2), the railway equipment leasing company reports. The upgrading is part of the replacement in the Netherlands of the current ATB train protection system by the European Rail Traffic Management System (ERTMS).

With the upgrade to ETCS Baseline 3 Release 2, the locomotive is in contact with the track constantly. In this way, the train driver on duty receives information about the permitted speed, for example, without being dependent on signals along the track. The system enables cross border interoperability and reduces infrastructure costs through the replacement of national safety systems. More than 20 different train control-command systems which are currently in use in Europe will be replaced by a single harmonised system.

“Supported by the European Union, we are developing the prototypes for upgrading Vossloh G1206 and G2000 to the new standard”, says Alpha Trains Group CEO Shaun Mills. “As the first mover in Continental Europe’s rail leasing sector, we have one vision: to ease passenger and freight transport in Europe, to enable modal shift from road to rail and to play an active role for a better and greener future”.