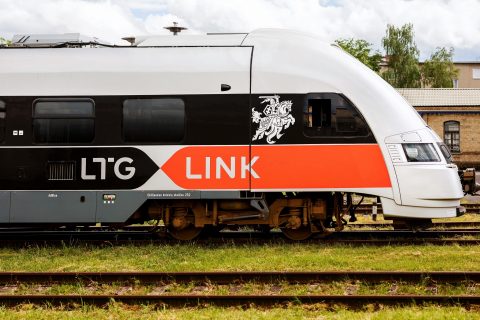 LTG Link has announced the first stage of a public procurement process for the purchase of 30 new electric trains for more than 200 million euros. The railway operator of Lithuanian Railways plans to procure 30 new trains, all electric and some hybrid, equipped with additional batteries. The company’s plan is to procure the most environmentally friendly electric trains, which would run on batteries on the non-electrified sections of the railway net.

Last summer LTG Link announced the launch of market consultations for the renewal of the train fleet. “Following this consultation, we have hatched the idea of buying purely electric trains, some of which will be equipped with batteries, says Linas Baužys, CEO of LTG Link. “The batteries will be used by the electric train on a non-electrified section.”

Such trains are a relatively new innovation in the context of European railways, ensuring completely environmentally-friendly journeys. In the LTG group, most of the emissions into the ambient air are from diesel-powered rolling stock.

According to Baužys, it is planned to procure around 30 new trains, part of them would be electric and part of them electric with batteries (BEMU). The trains which can operate both under overhead lines and batteries are a promising new railway transport innovation, which is being implemented by some railway operators in Europe. LTG Link would be one of the first carriers to operate these trains.

“We plan to procure new trains without pollution, in line with the direction of the European Green and the company’s long-term strategy to improve the passenger experience and the consistent growth of train passengers. At present, the ecological motive when choosing a vehicle is not yet a strong incentive in Lithuania, but we must not wait for people’s attitudes to change and take the lead, to ensure not only comfortable but also ecological trips, and educate about their benefits”, says the LTG Link CEO.

All the company’s electric trains are powered by electricity produced from renewable energy sources, so the new rolling stock will run completely green, according to LTG Link. The renewing of the train fleet is estimated to reduce the emission of CO2 by 69 percent per year.

The new trains will be adapted to passengers with individual needs, including seniors, families with babies and people with reduced mobility.