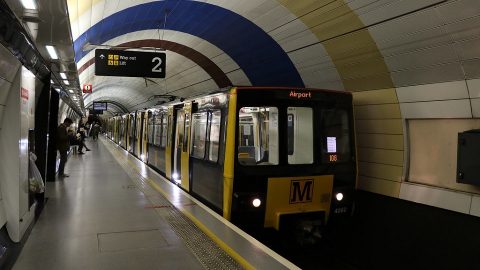 Stadler Rail has been chosen as a supplier of 42 two-carriage metro trains for Newcastle upon Tyne. The new rolling stock will replace the existing vehicles running in the Tyne and Wear Metro since its opening in 1980. This fleet renovation is scheduled for 2022-2025.

The contact between Stadler Rail and Nexus, the Newcastle-based transport authority, will be signed in the coming weeks after the ten-day objection period. It will include the delivery of the new trains, their maintenance during 35 years and the construction of a new depot. The entire order costs around 700 million British pounds (828 million euros). 42 new trains will replace 45 refurbished vehicles of Class 994 being operated on the network since 1980.

The Tyne and Wear Metro is the second-largest metro network in the UK after London Underground. It consists of two lines with a total length of around 28 kilometres which are powered with overhead wires. Most of the system’s routes are overground. As a result, only nine of 60 stations are underground.