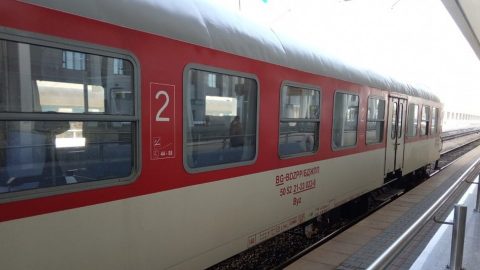 BDŽ Putnicheski Prevozi, a passenger branch of the Bulgarian State Railways (BDŽ), is upgrading its fleet. The rail operator has already refurbished 25 passenger coaches. By the year’s end, the company will be modernising 15 passenger cars per month.

The modernisation of passenger coaches is a part of the company’s large programme to upgrade the rolling stock. However, this stage includes only the refurbishment of passenger cars. All the upgraded units will return on the long-distance routes. “The gradual upgrading of cars will significantly improve the travel conditions on trains,” BDŽ Putnicheski Prevozi announced in an official statement.

Earlier, BDŽ Putnicheski Prevozi has acquired 25 new diesel and 25 electric multiple units. The vehicles were also purchased within the programme for upgrading the company’s rolling stock. The ordered trains were produced and supplied by Siemens Mobility. The manufacturer delivered the units of the Desiro family.