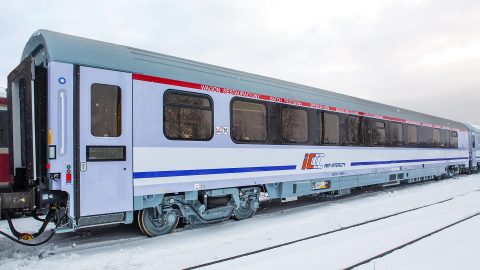 Polish rolling stock manufacturer H. Cegielski–Poznań will convert 10 passenger coaches owned by the rail operator PKP Intercity into the dining cars. The deal costs more than 14.15 million Euros. The project is a part of the carrier’s programme “PKP Intercity – The Railway of Big Investments”, valued at circa 1.6 billion Euros and scheduled until 2023.

The contract was signed between PKP Intercity and H. Cegielski-Poznań on 15 February. The Polish rolling stock manufacturer will perform the conversion together with the modernisation within 18 months from the conclusion of the document. Also, it is obliged to carry out the maintenance during the next 18 months. “We are constantly working to improve the travel quality on our trains. The conversion of 10 wagons to dining cars performing by H. Cegielski-Poznań will allow us to extend and improve the standard of the catering service provided by PKP Intercity”, the company’s CEO Marek Chraniuk said.

H. Cegielski–Poznań will upgrade and convert passenger cars of the type 145Ab. These units were produced by the manufacturer in 1996. Each converted dining car will have 12 tables and 36 seats. The cars will be equipped with air-conditioning, Wi-Fi network and cell phone signal boosters. The upgraded wagons will have Braille signs for blind passengers. The units will be also adapted to the maximum speed of up to 160 kilometres per hour. 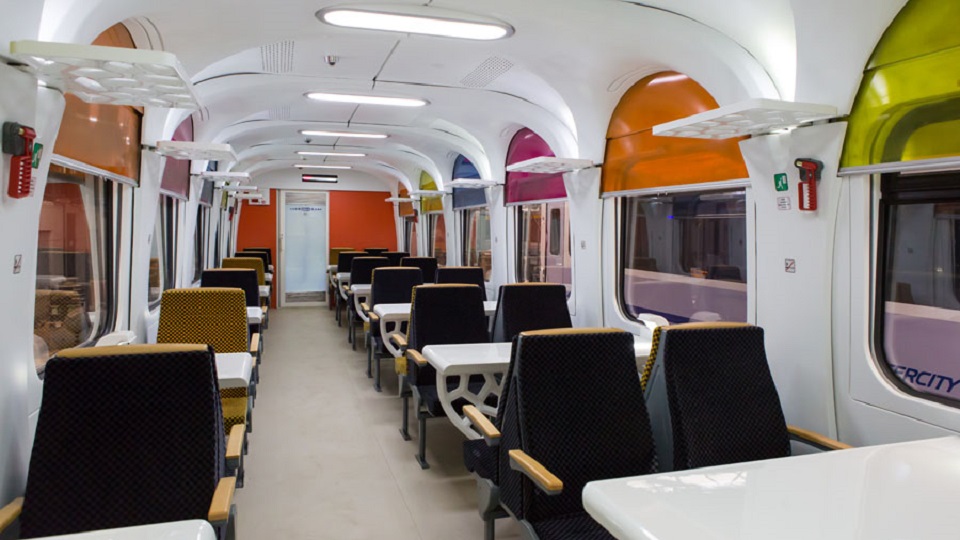 The interior of dining car type 407A, source: H. Cegielski–Poznań.

Currently, PKP Intercity provides catering service in 288 long-distance and high-speed trains classified as Express InterCity Premium, Express InterCity and InterCity. Passengers can eat at the dining/bistro cars or at the separated catering areas of the high-speed units. The new order is the third project of PKP Intercity dedicated to the refurbishment of the dining cars. In 2015, PKP Intercity received two dining cars of type 407A modernised by H. Cegielski–Poznań. Meanwhile, 13 upgraded dining cars of type 406A were delivered by Pesa in 2017.

H. Cegielski–Poznań is a constant partner of PKP Intercity. The new deal is the third company’s order in the last two years. In October 2017, the companies signed a contract for the modernisation of 60 passenger coaches. The rail operator called to modernise another 30 cars a year later. In February 2018, the parties signed a contract for the delivery of 55 new wagons. “We are happy that we are implementing another order for PKP Intercity. Successful cooperation of our companies will result in the fact that passengers will be able to use the gastronomic offer in comfortable and adapted wagons”, the CEO of H. Cegielski–Poznań Hubert Stępniewicz noted.