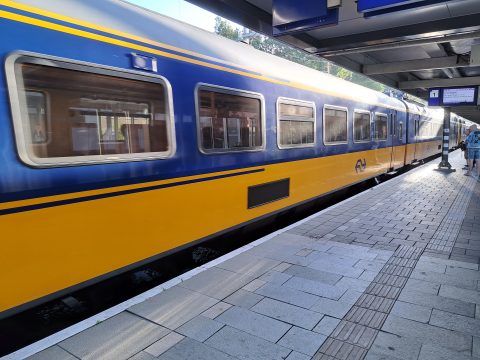 In an urgent letter, the European interest group ALLRAIL has sounded the alarm about “extreme tunnel vision” at the Dutch Ministry of Infrastructure regarding a new private concession to Dutch Railways (NS). In doing so, the association says the ministry is not complying with European market regulation rules, “undermining the credibility of European rail policy”.

“The Ministry of Infrastructure and Water Management suffers from extreme tunnel vision when it comes to the future of the Dutch main rail network which finds its basis in the “proposal” that former State Secretary Van Veldhoven sent to the Lower House in June 2020. In it, the then-State Secretary presented her plan to give NS a new private concession, providing all train services of the main rail network from 2025 to 2035″, ALLRAIL said in a letter to the house committee for Infrastructure and Water Management.

In the letter, ALLRAIL warns the committee that Van Veldhoven’s plan “violates European market regulation legislation and will never pass the test of legality at the European Court of Justice in Luxembourg.” According to the interest group, which represents private railway operators, the ministry has had “several warnings, but structurally brushed them aside and concealed them from the political decision-making level.” ALLRAIL says the ministry thereby violated its “active information duty towards the House of Representatives”.

There will be a ban on direct awards at European level from 1 January 2025. The ministry intends to evade this by awarding the planned main rail concession in December 2023, ALLRAIL claims, adding that by doing so has “caused a lot of bad blood” in Brussels. The Dutch Lower House has not been informed about the ‘collision course’ with the European Commission that the ministry of infrastructure has set, says ALLRAIL.

“Based on incorrect grounds”

ALLRAIL: “If carriers can offer the requested train connections without subsidy -expectedly the entire intercity network and the future Airport Sprinter to Schiphol-, then according to European regulations these must be regulated through ‘open access’.” According to ALLRAIL, there is a big difference between ‘open access’ and ‘free market’. “As a result, the ministry can still set rules”.

ALLRAIL warns that the main rail network will be under lock and key up until 2035 and that at most some new niche train services can be offered, such as international overnight trains. “There remains a de facto lucrative monopoly for NS, making the Dutch rail network vulnerable to problems in and around Utrecht.” The interest group further argues that the fear that NS would stop running intercity trains without a concession is unfounded: “NS is already not obliged to offer intercity trains, and will certainly continue to do so as these are highly profitable, even without a concession. It is only the unprofitable sprinters that will continue to require a concession.”

To ALLRAIL’s frustration, the Dutch Ministry has no intention at all of even investigating whether carriers can operate the main rail network train services from January 2025 without compensation. “Moreover, it is already evident that no compensation is needed, with NS paying tens of millions annually to the ministry for the main rail net concession.”

The programme for the new main rail network concession will be discussed on 27 September and 11 October. ALLRAIL calls on the committee to “pull the emergency brake” and urge the current Secretary of State for Infrastructure Vivianne Heijnen, to “reconsider” first.

“After very extensive investigations and a careful process, it has become clear that the interests of passengers can best be served in the coming years by private award under the transitional law provided by the fourth rail package”, a spokesperson for the ministry told Dutch sister publication SpoorPro on the intention to privately award public transport on the main rail network.

The ministry is currently fleshing out this intention in a Programme of Requirements. This is also going through a careful process, whereby all relevant stakeholders at home and abroad are discussed and involved in the process, including the European Commission and, for instance, AllRail, adds the spokesman.

Even worse, neither Commission, nor nations have got a sustainable strategy!
Strategy ensuring Goal of EU, nearness within Hemisphere, is missing…
(Unique advantage, nearness to ports, Ocean, etc., has to be benefitted of!)
Railway standards, optimal at time of shift from steam, now, cause of devastating short comings of Industry, shall be outed!
A New Old Railway, providing, for high quality, capacity and utilisation, has to be constructed for!
Electrification, yes, but a timely, etc., etc.!