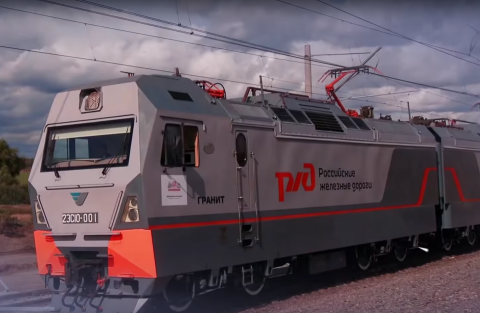 The Russian Railways have proceeded with an official request to the European Union to lift sanctions against the company. RZD was among the first legal entities to enter EU sanction lists just days after the war in Ukraine erupted. Now six months later, the company requested their lift, facing a financial and operational dead end allegedly caused by “EU violations”.

RZD claimed in its Telegram channel that the European Union is violating fundamental rights and “several norms of international laws and acts of the EU itself.” For the record, the state-owned railway company entered the EU’s sanctions lists on 27 February 2022.

The sanctions applied were financial, not only referring to Russian Railways but to a group of different Russian companies. The official EU sanction document read: “it shall be prohibited to directly or indirectly purchase, sell, provide investment services for or assistance in the issuance of, or otherwise deal with transferable securities and money-market instruments, issued after 12 April 2022,” followed by a detailed description of where the restrictions apply to and a list of companies-including RZD-that they would impact.

According to the company, the EU sanctions have a negative impact on passenger rights. “Sanctions aim at limiting the ability of Russian Railways to perform socially significant, humanitarian functions and are discriminatory in relation to the population of the Russian Federation. In addition, they contradict a significant number of norms of international law and acts of the EU itself,” claimed RZD.

On top of that, the company underlined that the EU is contradicting itself by classifying trains as luxury items for Russian citizens on the one hand and positioning rail transport as mass and carbon-neutral for itself on the other.

Concerning the sanctions’ financial character, RZD stressed that not being allowed to raise funds equals a violation of legal principles, which basically translates into a violation of “freely doing business and owning property postulated in the founding documents of the EU.”

An appeal would be futile

Nevertheless, RZD does not aim to pursue the alleged violations in court, considering that the EU is preoccupied. The company described that “ judicial appeal of the sanctions acts is futile based on numerous cases of biased consideration by the EU Court of Appeals from Russian citizens and organisations.”

However, it called the EU to carefully reconsider its decisions, also in line with its own legal and humanitarian principles, and lift the sanctions.

In an extensive analysis last June, RailFreight.com explored the impact and the possible crisis the Russian railway industry faced after the sanctions were imposed. The segment hit the hardest was rail exports, with volumes decreasing rapidly. However, wagon building, purchasing equipment, and passenger traffic showed resilience and recovered quickly after the initial shock. These are still the main drivers for the market’s recovery.

Yet, the hardest hit came from the exodus of big Western players from the Russian rail market. One of them was Siemens. RZD mentioned that “export embargoes against railway equipment became the direct and only reason for the termination by Siemens of its contractual obligations for the supply and maintenance of Sapsan and Lastochka trains.” That could be the Achilles hill of the Russian railway business, creating most of the clouds for the future.

According to experts, even in the case of ensuring technical servicing for these trains in Russia, their provision with components will be a serious problem and, most likely, will be solved by disassembling part of the fleet for spare parts as it happened with aircraft.

Re: Sanctions imposed on RZD.

Q1: How many Ukranian CITIZENS have been detained, then transported to various locations in Russia with the help and participation of RZD, its employees and equipment?

Q2: When will RZD entertain mitigation bond payment deposits in EU currency as compensation for such forced removals?

Simple. End the war in Ukraine. The War or Special Operation (wathever you want to call it), is against the rights and freedoms of people in Ukraine. Are you RZD only concern about profits and not about people freedom?

RZD serves the interests of Putin like the Deutsche Reichsbahn Gesellschaft served the interests of Hitler in 1933-1945. So no mercy for this company, which is co-responsible for killing innocent people in an independent country.