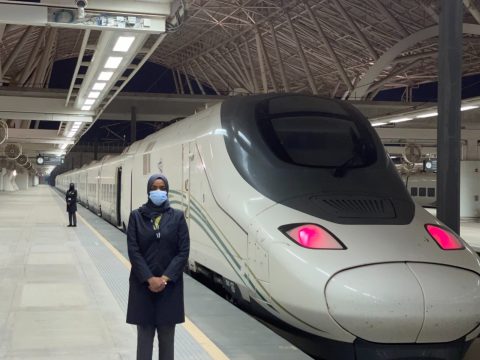 Nearly 30 thousand Saudi women have signed up for the 30 positions of train drivers, a profession previously not open to women in the Kingdom. The female train drivers will work on the Haramain high-speed train after their training, which links the cities of Mecca and Medina.

For the first time in history, women will be performing the train driver profession in Saudi Arabia. Renfe KSA, the Saudi subsidiary of Renfe Operadora, opened a call last December reserving 30 positions for women, which was agreed with the General Transport Authority (TGA) of Saudi Arabia, as well as with the Saudi Arabia Railways (SAR).

Until recently, job opportunities for Saudi women were limited to roles like teachers and medical workers, because of strict gender segregation rules. Women were also not allowed to drive in the country until 2018.

Driving trains by the end of the year

More than half of the female candidates, around 14,000, have passed the first phase of the job recruitment process. This started on January 2 and was carried out online, in which the academic record and the level of English were mainly assessed. The women, between 22 and 30 years of age, are expected to drive the high-speed trains in commercial operation before the end of the year.

For those initially admitted, more tests and a personal interview await, after which a training period of just under a year will begin for those selected. Training will take place at the facilities that the Meca Medina High Speed ​​Spanish Consortium has at the Line Operations Center. The paid training will start around March 15, and will consist of theoretical and practical classes by Renfe staff. Currently, Renfe KSA has 55 Saudi train drivers in active service and another 48 in training, assisted by 8 Spaniards.

The Haramain high-speed train (HHR), linking Mecca and Medina, is the first railway of its kind in the Middle East, and is managed by a consortium of 12 Spanish companies and two local companies, of which Renfe is the largest shareholder. The company’s Saudi subsidiary has 484 employees, 400 of them local, and currently a third are women.