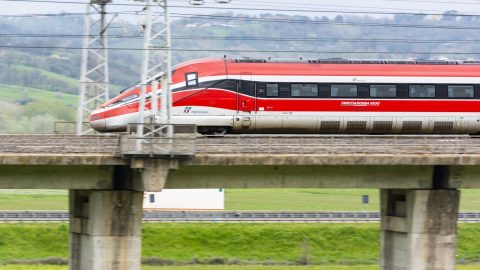 New Spanish railway operator ILSA has gained a third shareholder next to Trenitalia and Air Nostrum with infrastructure investment group Globalvia, the Expansión daily reported on Tuesday. The company also announced that it aims to run high-speed trains in Galicia from 2026.

With an additional shareholder, the financial structure of ILSA should be strengthened, as well as  boosting the company’s goal of expanding throughout the Spanish network.

ILSA will start operations in the second half of 2022, under the brand name Iryo. It will represent 30 percent of the high-speed train market in Spain. Iryo trains will connect Madrid, Barcelona, ​​Valencia, Seville, Zaragoza, Alicante, Córdoba and Malaga in a first phase.

The general director of ILSA, Víctor Bañares, announced in a speech on Monday at the Committee on Transport, Mobility and Urban Agenda of the Congress of Deputies that they plan to also compete on the AVE high-speed train to Galicia in 2026. To get to Galicia, different trains are however required, as the region has two different types of gauges: international gauge and Iberian gauge.

According to ‘Expansión’, Globalvia has already reached an agreement to buy 25 per cent of ILSA. The total value of the railway company is estimated at some 200 million. Currently, the shareholding is controlled 55 per cent by Valencia-based regional airline Air Nostrum and 45 per cent by Trenitalia, the Italian state railways, which is controlled fully by the Ministry of Economy of Italy.

However, if this transaction is closed, the 55 per cent package will be divided into 30 per cent for Air Nostrum, which will lose its majority position, and another 25 per cent for Globalvia, so that the Italian State will become the largest shareholder of the Spanish company, with 45 per cent of the capital. 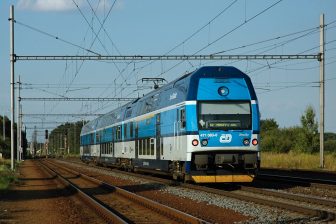