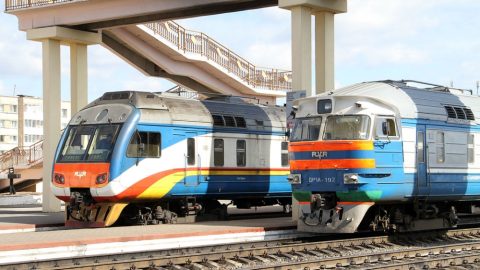 The state railway company of Belarus has been targeted by hackers, in an attempt to disrupt its operations. This is in response to the transport of Russian troops into Belarus, something the hackers disapprove off. The hack also seems to affect rail freight operations.

The Belarusian opposition hacker group Belarusian Cyber-Partisans tweeted on Monday: “We have encryption keys, and we are ready to return Belarusian Railroad’s systems to normal mode. Our conditions:

The group said it had deliberately not disrupted the railway’s automation and security systems in order to avoid emergency situations. However, it means to pressure Belarusian Railways to stop assisting Russian troops, which it calls “occupying troops entering our land”.

Belarus is an essential transit country on the New Silk Road. The majority of the traffic between Europe and China runs on the main route via Poland, Belarus and Kazakhstan. Some rail freight operators have said to suspend traffic through Belarus for the time being.

This comes at a time when unrest is abound on the New Silk Road. Ukraine, another transit country, has also suspended traffic moving from China and Central Asia to Poland via its territories, citing construction works as being the reason. However, many say that a disagreement of the respective Polish and Ukrainian ministries are behind the suspension of traffic.

Last week, Russia sent troops and equipment to Belarus in anticipation of a possible military action at the Ukrainian border. Trains were identified transporting Russian rocket launchers and other equipment in the Belarusian cities of Minsk, Gomel and Rechitsa, according to the Atlantic Council’s Digital Forensic Research Lab.

It is time to Bless those Guarding Angels whose heart the Almighty has “Touched!” May your efforts be fruitful but most all to your Families & Friends A God Protecting Protection! Since such actions have their Birth in Heaven!