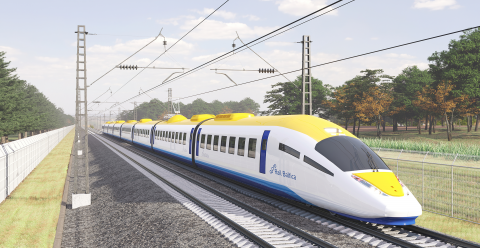 Rail Baltica is without a doubt one of the largest railway projects in Europe, but there exist doubts about whether the benefits outweigh the high costs in the Baltic states. RailTech talked to Priit Humal of the critical organisation ‘Avalikult Rail Balticust – Publicly About Rail Baltica’. 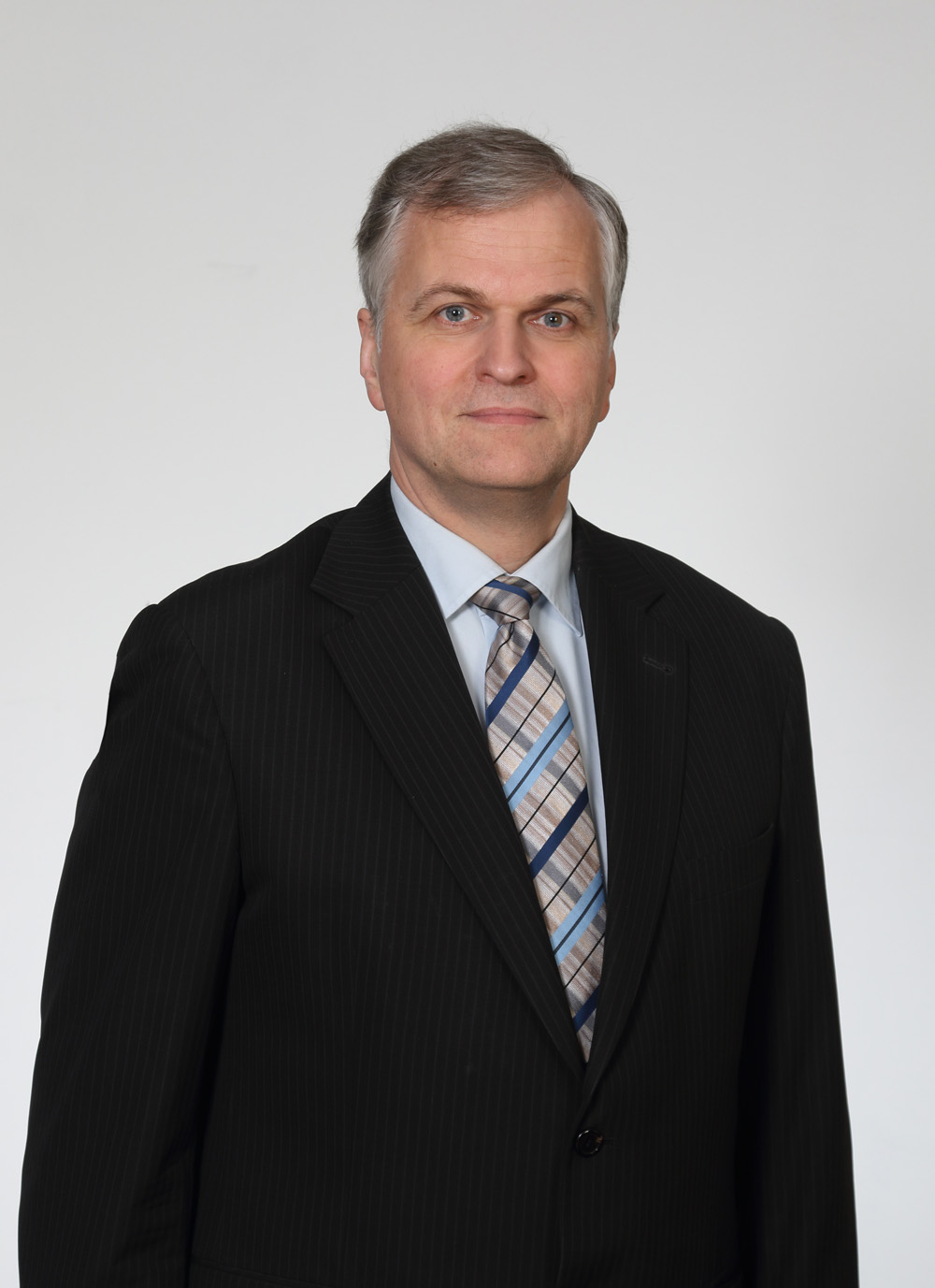 With Rail Baltica, the Baltic countries Estonia, Latvia and Lithuania will be connected by a brand new high-speed railway line. A unique project in Europe, as entire new railway lines are rarely constructed, especially across multiple countries.

Not everyone however believes in all of the promises of Rail Baltica and that the costs will outweigh the benefits. Priit Humal is one of the leaders of Avalikult Rail Balticust, a citizen movement and a non-profit organisation from Estonia that has its doubts about Rail Baltica.

What is the reason for your critical organisation?

In the beginning, Rail Baltica was about upgrading the railway from Warsaw (Poland) to Tallinn (Estonia). In the Polish section of Rail Baltica, the plan is still to upgrade existing infrastructure. Also in Lithuania they are upgrading some tracks. We see those as good things. In 2011 however, the overall plan changed and it was decided to build a parallel new railway in another location.

The Rail Baltica line will run through a sparsely populated area, through wild nature. It is much more costly than originally, and there is not enough local traffic to be expected. Infrastructure upgrades for existing rail in for example Estonia are now also being postponed. For these reasons, we started with Avalikult Rail Balticust (Publicly about Rail Baltica) in 2013. Also others such as Estonian Association for the Club of Rome, environmental organizations and public figures have publicly criticised the decision.

The EU is providing a lot of money via the Connecting Europe Facility (CEF). You could say it is a huge opportunity for the Baltics to get such a good rail connection with so much support.

That is a good point, many people are attracted by this idea. However, the 85 percent that is covered by the EU fund is just the financing rate on paper. This money is still a limited amount. National envelopes will be less than 1.5 billion and project competition results are unpredictable. The project’s official budget is 6 billion, but when it turns out to be more expensive, which we think it definitely will, the Baltic countries have to take the heat.

Estonia got about 200 million for the construction in the past budget period. The current budget period is also limited. Most other countries use this EU money to upgrade existing infrastructure. For example Poland, which with 500 million euros from the CEF upgrades infrastructure on it’s part of Rail Baltica.

There are also signs that some tenders have been two or even six times more expensive than calculated in the budget. The biggest construction agreement, the Riga terminal upgrade, is over two times more expensive, revealed an investigative Latvian TV show. It is very unlikely that the 85 percent covered by the EU will only be 1.6 billion in the end. We think it will come closer to three billion.

To put it in perspective, the HS2 line in the United Kingdom will cost about 100 billion, and people now say it’s maybe too costly. If you compare the GDP with that of the UK, Rail Baltica is at least more than three times more expensive for Estonia. This is also hard for EU politicians to understand. Estonia’s economy is so small, and it will be a traumatic failure for Estonia as well as the European Union.

What is your main point of critique?

It is a combination, but the main point is that the project is not meeting its goals. It should have lower costs for society, and less impact on nature. Otherwise it’s just wasting resources. The goal of our NGO is that railway is built according to scientific arguments in a way that is best for the goals.

One of our criticisms is that wrong data was used for justifying the project. A document in the feasibility study made an error in the environmental calculation. They justified the new rail by the supposed lowering of air pollution of road transport. However, the older types of trucks used for their calculations are barely used anymore for transport to Germany and the rest of Europe, and are already phased out. It is illogical to believe that this small number of old vehicles will still be in service in 2026 and, without the Rail Baltica project, would remain on the roads until 2055.

Taking into account the vehicles that will be used realistically, the number of road pollution would be around 25 times smaller, and thus also the difference in reduced pollution ‘won’ with a new railway. The EU CBA Guide prescribes a cautious and conservative approach, whereby a neutral reference scenario must be chosen, reflecting the information that is known at the time of forecasting. We published a report addressing these issues.

As Avalikult Rail Balticust, we also filed and won a law case that ended about a year ago, concerning a 45 kilometre section of Rail Baltica. The supreme court ruled that it had to be cancelled because it runs through a Natura 2000 nature reserve, which is very well protected by EU law. Rail Baltica is now working on a new plan for a different route.

What is your goal, no Rail Baltica or another solution?

What we propose is to put the Rail Baltica name back to its original plan – to upgrade existing infrastructure and fairly justify the expenses. We don’t see a possibility of a completely new railway in a new location that can be built with benefits that justify the costs. Also, existing railways in Estonia have very few safety measures.

A lot of fatal accidents happen yearly on level crossings that have no warning and safety signals. Estonia somehow doesn’t have enough money to improve this, yet there is money to construct an entirely new railway. For ERTMS (European Rail Traffic Management System), this is the same story. It is not implemented because of a lack of money, while it would greatly improve the existing railway.

One of the reasons Rail Baltica will be newly built is so it will have standard gauge and thus connects to the European network in the same gauge.

This is often seen as an important factor, and is a large advantage for international trains. But, you can imagine it is very expensive to have two gauges in such a small country, because trains can’t just switch and run on another track. And of course, we can’t get rid of the existing broad gauge. Nobody has enough money for this, not even the EU.

An argument of Rail Baltica is that the project creates 27.000 local jobs, such as in construction and IT. Wouldn’t this boost the economy?

I would be happy if I could agree with some of [Rail Baltica’s] arguments, but unfortunately, that is not the case. First of all, we have a shortage of construction workers. There is a lot of construction going on in Estonia, and they mostly need to be imported from other countries, like Ukraine. Prices of construction are also going up. In fact, other planned construction projects in Estonia, for roads for example, are now being postponed to reserve workers for Rail Baltica, because otherwise there won’t be enough.

We also don’t see a lot of potential for cargo to create many jobs. There are high expectations of the government that logistics companies will shift cargo from trucks to the railway. However, if this would actually happen, it will not create truck drivers jobs.

Rail Baltica says it will revive neglected urban areas, what is your take on this?

That is easy to say, but not to make a reality without a lot of money. Smaller towns are located 3 or 5 kilometres away from the planned railway stations of Rail Baltica. Rail Baltica even acknowledges that dilemma in their own study, saying that the long distances from the stations to centres of regional cities are not attractive for regional passengers, and make it difficult to compete with car traffic and other public transport modes.

In the end, the expectations and promises of Rail Baltica are unsure and unrealistic. For Estonian and other Baltic people it sounds good to have a good new railway connection, and officials and politicians have unrealistic dreams. Look at what Bent Flyvbjerg, a Danish professor at Oxford University, says. He documents statistically for nearly all such projects what he calls the Iron Law of Megaprojects: “Over time, over budget, and under benefits, over and over again.”

The criticism is correct, another alternative might be better: Building an essentially new line, designed for lower speed (e.g. 160 km/h), with less bridges and other expensive elements. Three rails allowing for standard gauge and Russian/Baltic broad gauge seems an appropriate measure between Kaunas and Riga, possibly to Tallinn. A detour to Tartu instead of passing Pärtu should be considered, but the route with flatter ground would probably win. Maybe single track is an option north of Riga.

While Rail Baltica is 3*times expensive, relatively, it is also much more important, by linking Estonia to central Europe. It should rather be compared with the aggregate of Eurotunnel, HS1 and HS2, probably serves a larger part of the population and improves on a much poorer original state.

Whether the uses uptake and resulting benefit will warrant the expenses is, such as for HS2, another question. Eg. many flights from Riga might be substituted by night trains to Berlin plus further transit.