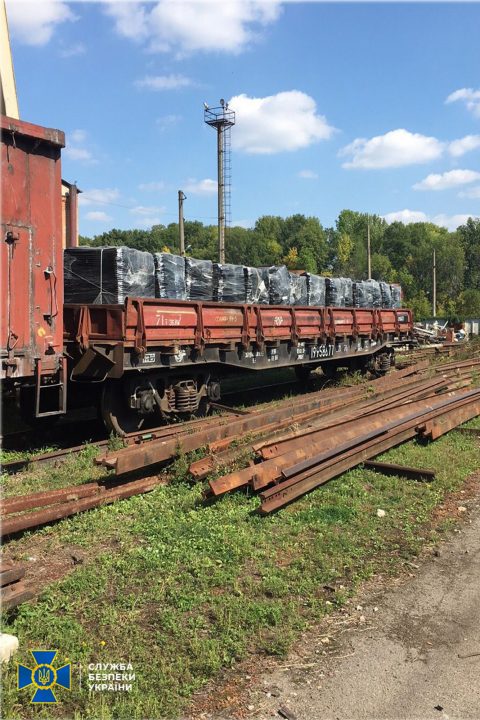 The Ukrainian Security Service has uncovered a large-scale corruption scheme in Ukrainian Railways. Officials of the regional branch of the South-Western Railway knowingly accepted rubber materials of dubious quality and unreasonably transferred more than 800 thousand euros to the supplier. This could have led to rolling stock accidents during passenger traffic.

Law enforcement officers established that officials of the South-Western Railway regional branch made agreements with the officials of Kyivhum LLC, a Ukrainian producer of rubber products. During 2020-2021, a batch of rubber gaskets for rail tracks which did not meet the requirements were delivered to the state railways.

“They wasted the state funds of 25 million Ukrainian hryvnia entrusted to them during the procurement”, says Ukrainian Railways about the employees involved. During the inspections, the rubber gaskets of poor quality were found and removed.

According to the investigation, in order to reduce its costs and make a profit, the supplier replaced complex chemical components with cheaper materials in the manufacturing of the rubber gaskets. These were sold at the prices of high quality products. This is confirmed by the conclusion of laboratory tests, says the Kyiv City Prosecutor’s Office. Inaccurate information about the products was entered into the reporting documentation.

The products used on the tracks would prematurely deteriorate if they weren’t removed after the inspections. This could have led to emergencies on the railway during the implementation of passenger and freight traffic.

During the investigation in the premises of the regional branch of the state enterprise and a private company, law enforcement officers found financial documents with evidence of the illegal activity. They also found probably forged quality control documents.

Ukrainian Railways has said they assist in the investigation of law enforcement officers on the case. They said in a statement that they do not tolerate corruption and are making efforts to eradicate corruption and systematically prevent it in the future.