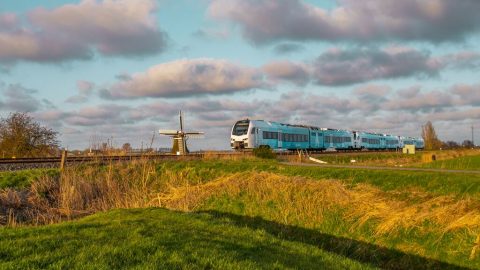 Arriva launches its first MaaS (Mobility as a Service) solution in Europe, starting off in the Netherlands. With the glimble app, different modes of travelling are combined for planning, booking and paying for a journey.

Arriva has developed the app in partnership with the journey planning technology provider Moovit. The goal is to expand it further across Europe. Anne Hettinga, Arriva Group Board Member and Managing Director of the Netherlands: “Glimble starts its Arriva journey in the Netherlands, but we know it has pan-European appeal – and potential. We are starting to explore this in countries where the necessary data sharing agreements exist.” 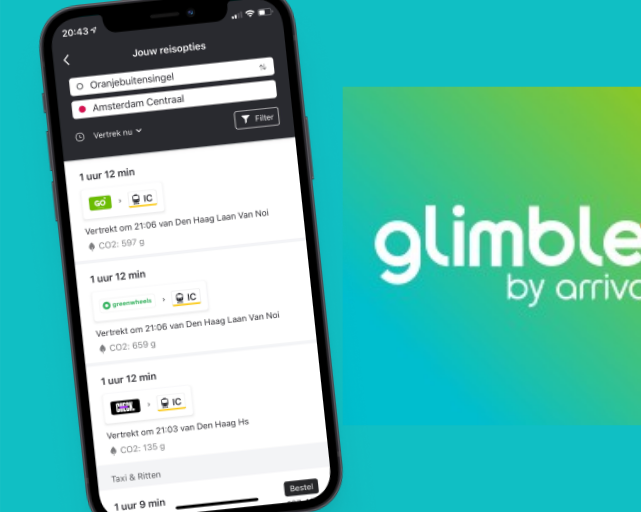 Arriva first plans to expand to include Belgium and parts of Germany, from the Netherlands, to make cross-border journey planning and payment more efficient.

Several mobility providers can be found in the app for a number of different modes including shared car hire, demand responsive transport, scooters, taxis, tram, rail, ferry, bus and bicycles. Arriva expects to add more and more carriers to glimble in the coming months.

Using Moovit’s technology, glimble combines real-time information from all Dutch transport agencies, as well as crowdsourced information to calculate the best route for each journey. Users can sort glimble’s suggested routes by cost of journey or by the total level of CO2. With the app, passengers can validate journeys with a single tap and scan of a QR code, as opposed to previously having to buy and top up a contactless card in advance.

The app also identifies wheelchair-accessible routes and stations, while also calculating step-free journeys. Other functionality will be added to the app in the future include parking locations and a search capability for electric car charging points.