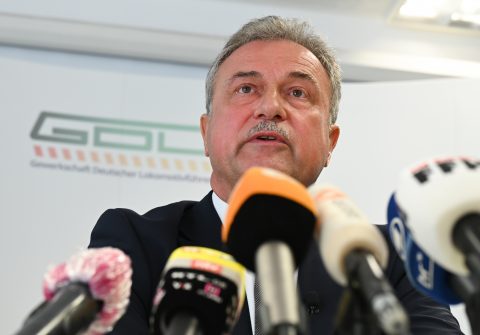 If you want to take the train in Germany, now may not be the best time: The German Locomotive Drivers Union (GDL) voted in favour of strike in a labour dispute in the wage dispute with Deutsche Bahn. GDL boss Claus Weselsky announced that a clear majority of 95 percent of the members voted for strikes. 70 percent of the members participated. In the strike vote initiated six weeks ago, an approval of 75 percent was necessary.

The strike will start on Tuesday at 7 p.m. in freight transport. From 2 a.m., the drivers on passenger trains also go on strike for 48 hours. In this way, the union says it wants to relieve the burden on weekend and holiday traffic.

The conflict revolves around a wage increase in two steps totalling 3.2 percent. That is what GDL demands and Deutsche Bahn has also offered. There is only disagreement about when the wage increases would take effect. In addition, GDL wants a one-time bonus of 600 euros for the staff.

Deutsche Bahn condemned the strike, calling it “a slap in the face” for travellers. The German railway company is suffering a loss on passenger transport due to the corona measures. In addition, the company has to repair tens of kilometers of railway damaged by the recent floods.

DB also criticises the fact that the GDL has now called for strikes at very short notice, contrary to the announcement that it would give customers sufficient lead time.