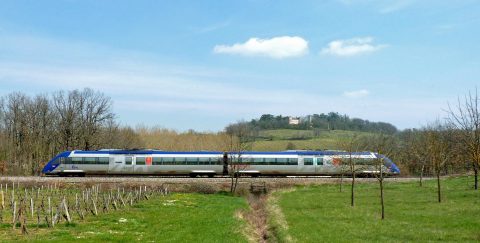 Railcoop, France’s first cooperative society of collective interest dedicated to the railways, aims to give new meaning to rail mobility. Everyone, from citizens to local authorities, can be a part of it. The mission: to develop an innovative train offer adapted to the needs of the French territories. With a rather original financing formula.

Operating trains differently is the challenge that several entrepreneurs are taking up, sometimes in a daring way. A fundamental problem is to be able to finance the project. While operators such as Regiojet, Westbahn, NTV-Italo or Snälltåget benefit from more traditional financing, others are trying alternative financing, for example in the kind of crowdfunding.

In Germany, a first attempt was made in 2016 with the company Locomore, which unfortunately used up its 600,000 euros in a few months. It was declared bankrupt in May 2017 and FlixTrain took over most of the traffic. Flixtrain, based in Munich, also offers an original financing model but it is based on the world of start-ups, which is very different from participatory financing.

In France, a project consists of launching a railway company based on alternative financing, but this time with financial expertise. Before launching, Railcoop, which is a cooperative undertaking, had the market potential of the Bordeaux-Lyon line validated by Systra, one of the leading engineering and consultancy firms in the railway sector in France. Since the service was discontinued in 2014, there has been no direct train between Lyon (France’s second largest city) and Bordeaux (the fifth largest city).

“The Province-Province market by conventional train remains largely untapped in France. Yet there is strong demand”, says Dominique Guerrée, President of Railcoop. With a planned journey time of 6 hours 47 minutes, the service will be slower than the connection via Paris by TGV. However, for Quentin Neurohr, a member of Railcoop and director of Copomo, a mobility consultancy, “there is a real demand for direct, comfortable, safe rail services at an affordable price, for which the speed issue is secondary.”

This line, which will serve Bordeaux, Libourne, Périgueux, Limoges, Saint-Sulpice-Laurière, Guéret, Montluçon, Gannat, Saint-Germain-des-Fossés, Roanne and Lyon, is an initial test for Railcoop. If it proves successful, Railcoop will open other classic train links with the aim of better connecting the regions to rail services.

Not a conventional company

Railcoop is a corporate structure that was able to raise 1.5 million euros in March 2021. This amount is needed to obtain a train operating licence, and was achieved thanks to the contribution of 6,000 shareholders. But more interesting is that, in addition to the individual memberships, several local authorities affected by the route have also joined. This necessarily reinforces the credibility of the project and commits us to adapting our offer as best as we can, says Railcoop.

It is in this proactive spirit that municipalities and communities of municipalities in the Allier, Gironde and Creuse departments are participating in the project. The Creuse department for example voted 60,000 euros in December 2020 to support the project. “It’s not a huge amount and we don’t have the competence for transport, but it’s the least we can do because we defend regional development”, explains vice-president Hélène Faivre. The Limoges agglomeration and the Haute-Vienne departmental council have also subscribed to the cooperative.

The issue of rolling stock

In the longer term, Railcoop would like to buy new rolling stock for non-electrified routes. The company is talking with many manufacturers such as Alstom, Stadler and Siemens. Acquisition of rolling stock is very different in France compared to Germany or Austria, where there is a strong second-hand market, which has allowed FlixTrain or Regiojet to launch train services in good conditions.

In France, there are no rental companies for old railway cars and the very large Corail fleet (used in France for express trains) remains the exclusive property of the SNCF. On 10 April 2021, the Auvergne-Rhône-Alpes region announced that it wanted to sell nine of it’s 160km/h class X72500 Dmu’s, built by GEC-Alsthom between 1997 and 2002 to the cooperative “at a very competitive price” in order to help it relaunch rail links. This caused a stir in the trade union world, which is very reluctant to any form of liberalisation.

It should be noted, however, that the full business model requires around 10 million euros to have the necessary basis for operations and to avoid the Locomore adventure. The future will tell if the rail cooperative project is here to stay.